The other day I had a small exchange with Marcel Kittlel on twitter in response to his question about wearing a sleeveless jersey during Australia’s 115F+ heat wave.

@marcelkittel roll the sleeves, or use a better summer jersey – being PRO is not rules, it’s attitude.

This exchange lead Marcel to tweeting me this gem of a tweet.

@marcelkittel very true, been there (being PRO), but the idea of “PRO” is attitude, how you act, dedication, respect, and style. #PROisPRO — The ChainStay (@thechainstay) January 15, 2014

Considering his response gained more than 30 retweets and 40+ favorties, people liked the statement. I even got some good internet ribbing of which my personal favorite was:

I have to say, I agree with Marcel Kittel, the definition of being PRO is actually being PRO. When you have that license, race the races, that makes you a Professional Cyclist. For me the most ironic part of it all is I know what being PRO is, because I was PRO for three years back in the mid-2000’s here in Belgium. I’ve lived the lifestyle, learned all the non-sensical superstitions (don’t each the middle of the bread, no sex before a race, shaving makes you slow, etc).

But what makes you “Pro“ be you an actual professional or a weekend warrior? See, I feel there are two forms of Pro, one a noun and the other an adjective (which can be altered into a verb in the right context). My definition of Pro is:

Noun: 1) A cyclist holding a Professional License racing at the top level of the sport of cycling
Adjective: 1) A state of being in which you exude professionalism: attitude, how you act, dedication, respect, and style

This is where the difference comes into play, if you are talking about the noun form of Pro or the adjective form. Most everyone strives to become the noun form, but this is privilege of roughly 1,750+ riders each year.

You can be PRO – Professional Cyclist, but you might not necessarily be “Pro“. Moreover, you can be a weekend warrior and be Pro. It’s not a paper that makes you Pro but your actions. Which actions make you a Pro? Well, Velominati have a whole list of rules that they use to define you as being Pro. For me it’s simple, being Pro comes down to two things:

How You Act (Attitude, Dedication, Respect) – I’m a firm believer in how one’s actions define you. For one to be Pro it comes down to respect of yourself and your competition. Dedication to your sport, be it through training, support of local cyclists, furthering the advancement of the sport. Finally you have a positive attitude, one that helps bring positive change to those around you and helps you focus on the sport.

Style – This is a bit subjective, but there are certainly some serious no-no’s when it comes to style. The use of a long sleeve skinsuit on a group ride, not cool. See “The Rules” for guidance.

In the case of Marcel Kittel, he is both PRO and Pro. Kittel’s impressive 16 win’s, including 4 in the Tour de France, in 2013 ranked him as one of the top sprinters of the year. His approachability and engagement on Twitter has gained him large following of over 54,000 followers. Most of all, what makes him Pro is his attitude. Kittel is a rider who is even willing to undergo a lie detector test to prove he is clean and has been outspoken anti-doping rider.

Plus if you can rock a side shaved haircut a-la 1990’s Saved by the Bell and have it work, you can pull off the sleeveless jersey. 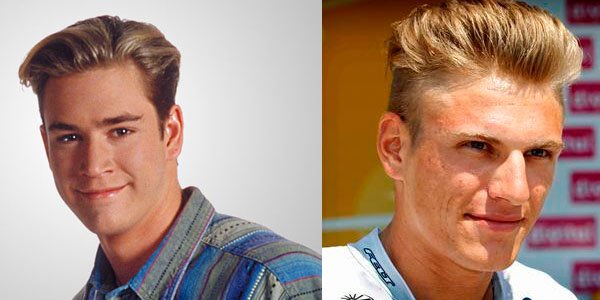 So Marcel, you can wear whatever amount of sleeve makes you happy, because you are PRO and Pro.

Our friends at Steen Wear Custom Cycling Clothing were kind enough to make this handy flow chart to help everyone  else decide if they should wear a sleeveless jersey. 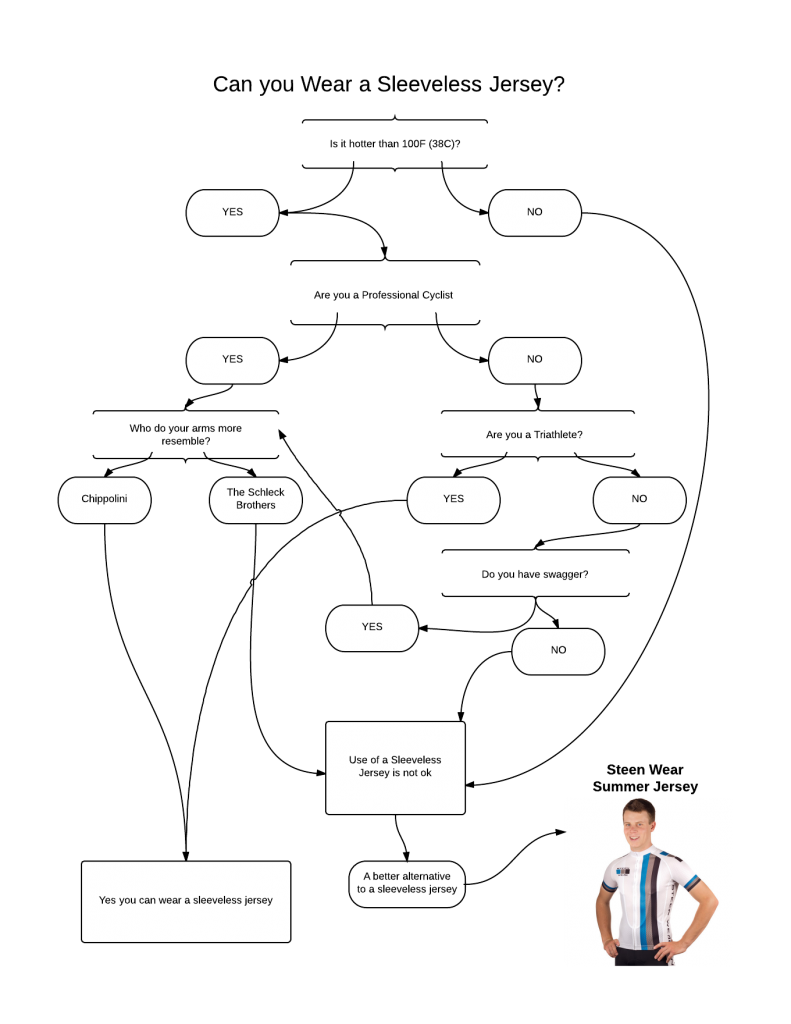