You will get no argument from us that this week’s climb the Watermolenstraat is not a true Monumental Berg, because lets face it very few people actually know of it. But that is part of the beauty of the Flemish Ardennnes; the endless possibilities of the many small farm roads means that the likelihood of riding the same route twice is slim. Once you have ridden all of the big climbs in the area, it’s nice to dive even deeper into the landscape to explore all the lesser known roads and bergs… because getting lost is half the fun! 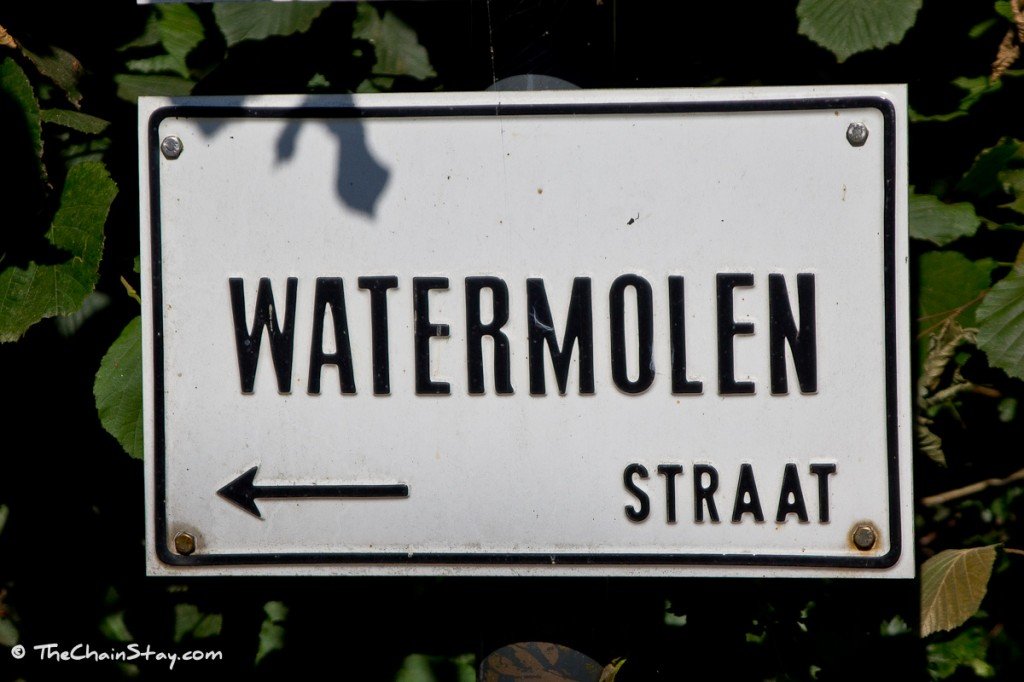 The Watermolenstraat is nestled between the big names of the Oude Kwaremont and the Paterberg, which is probably the primary reason why it is so easily overlooked. The other main reason being that the road is about the width of one vehicle; which is narrow enough when you have two oncoming vehicles, but try sending a large peloton and caravan down this road and you’ll have protest coming from all sides. 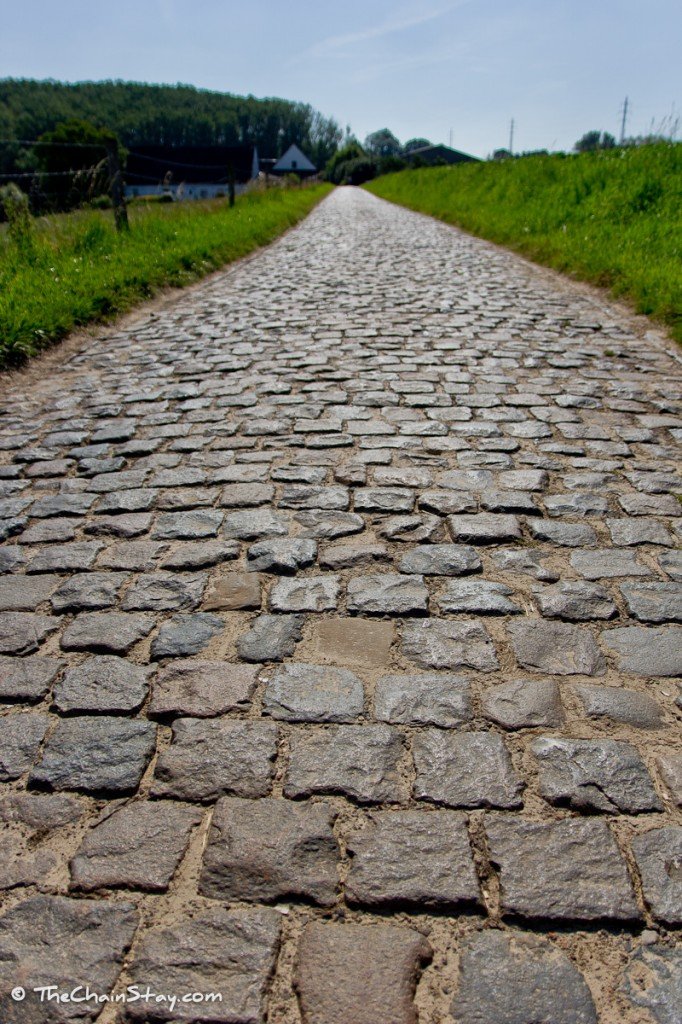 So now that we’ve gotten it’s shortfalls out of the way, lets talk about what it has going for it.
First off it’s cobbled, it’s 600 meters in length, with 24 meters of elevation gain. The road/berg has an average gradient of just over 4%, but has quite the kick up to over 15%. The first 350 meters are very gradual with a slight dip, and it doesn’t really begin to gain much elevation until the last 250 meters as the Watermolenstraat bends between the trees. 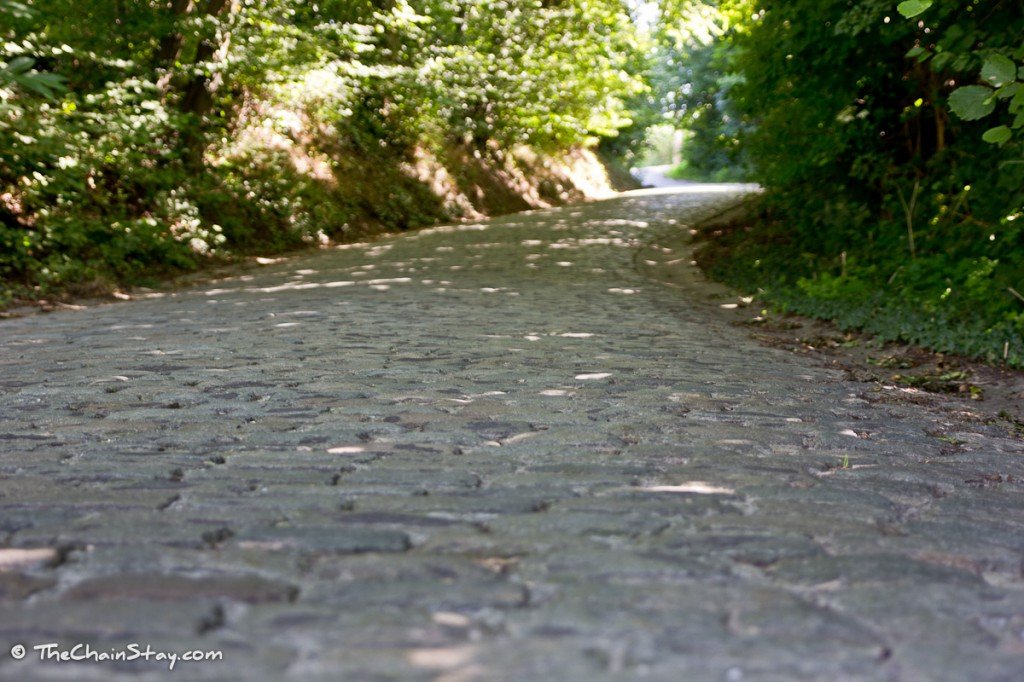 The Watermolenstraat is located just outside of the village of Kwaremont in the community of Kluisbergen, and lies parallel to the Oude Kwaremont.
The climb is included along the 46km Eddy Merckx Route as a descent, which starts in Ruien at the site where Eddy Merckx won his last race on September 17th 1977.  The street itself starts 500 meters from the center of Kwaremont, while the cobbles begin about 700 meters further along the road. You can have a peek at the climb here on Google Street View. 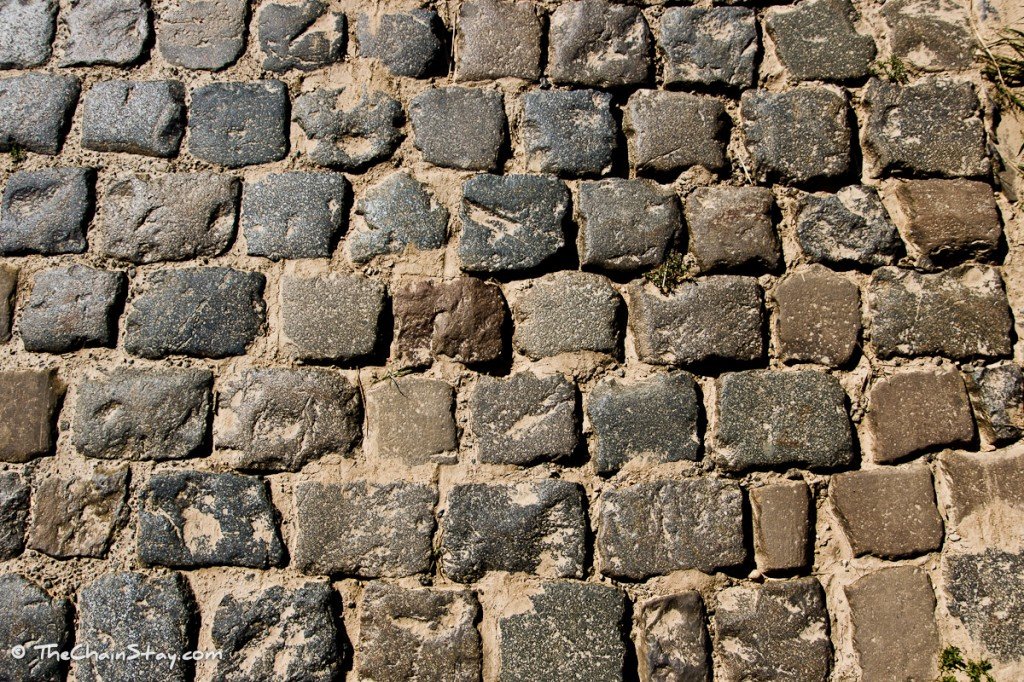 So that’s all that there really is to say about the Watermolenstraat. It’s one of those climbs that just needs to be ridden to be truly appreciated for what it is. We encourage you to get lost along some lesser known roads of the Flemish country side (such as this one) from time to time, for an uninterrupted ride alone with only your thoughts and the road. 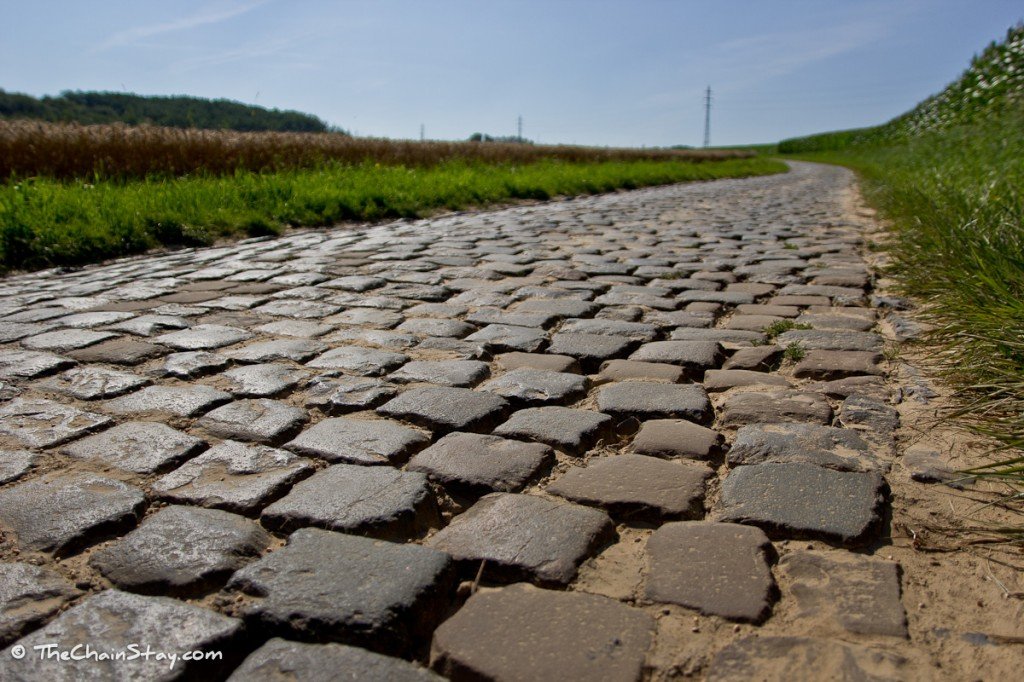 Now that the Olympics are over what are you planning on doing with your time? More riding? A late summer vacation perhaps? We are as busy as can be, hosting yet another very successful Youth/Junior/U23 trip presented by Vertex Cycling. Once that’s over we’ll be preparing the house for one final late season group, before getting the house ready for ‘cross season. There may even be a quick trip to Eurobike squeezed in there too.
Hope you all had a wonderful weekend, and an even better week ahead! Happy Monday!