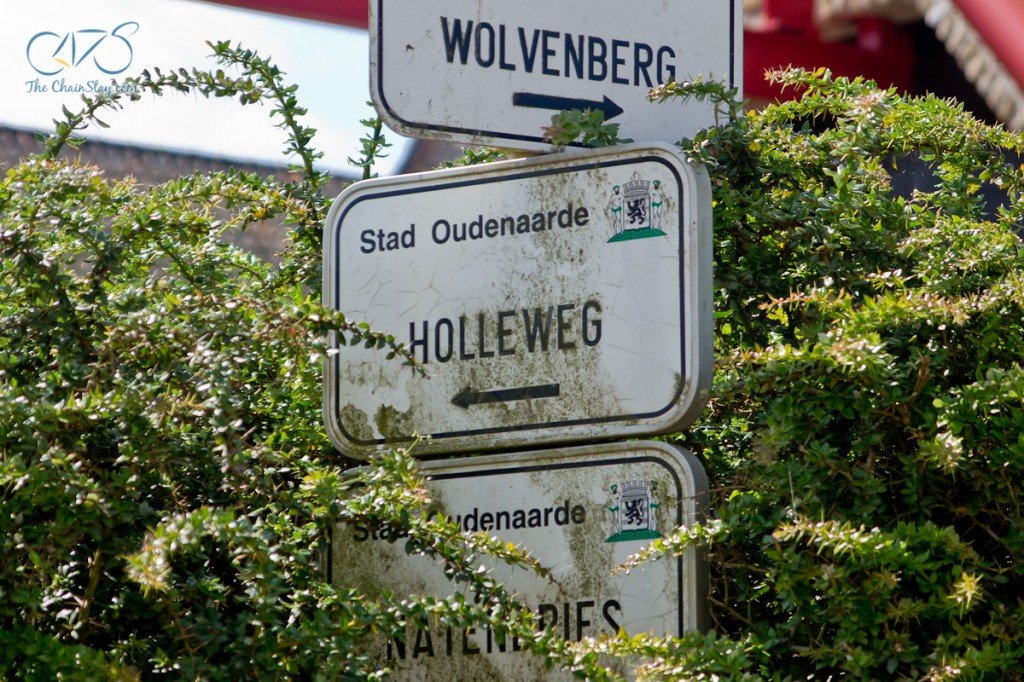 Draw a 3 km radius around this weeks’ feature cobbled sections of the Holleweg and Ruitersstraat, and you’ll see why the Flemish Ardennes are superior to the rest of Flanders… at least as far as bike racing goes.
Not only has it got the majority of the typical short and steep Flemish Bergs, but it also boasts many long cobblestone sections as well. And not scattered nicely throughout the region either, no here they practically sit on top of one another, which is why the Flemish Classics are so darn tough.
Flemish Classics races leave little room for recovery, which requires a certain breed of cyclist to be able to endure the many repeated lashings in races like De Ronde van Vlaanderen. Case in point: Following the final stage in this months Eneco Tour Alberto Contador was interviewed by Belgian TV, and when asked about riding the classics in the future (and despite racing very strongly up the beast of the Muur/Kapelmuur) he simply laughed like they were crazy for mentioning it and stated that they weren’t for him. 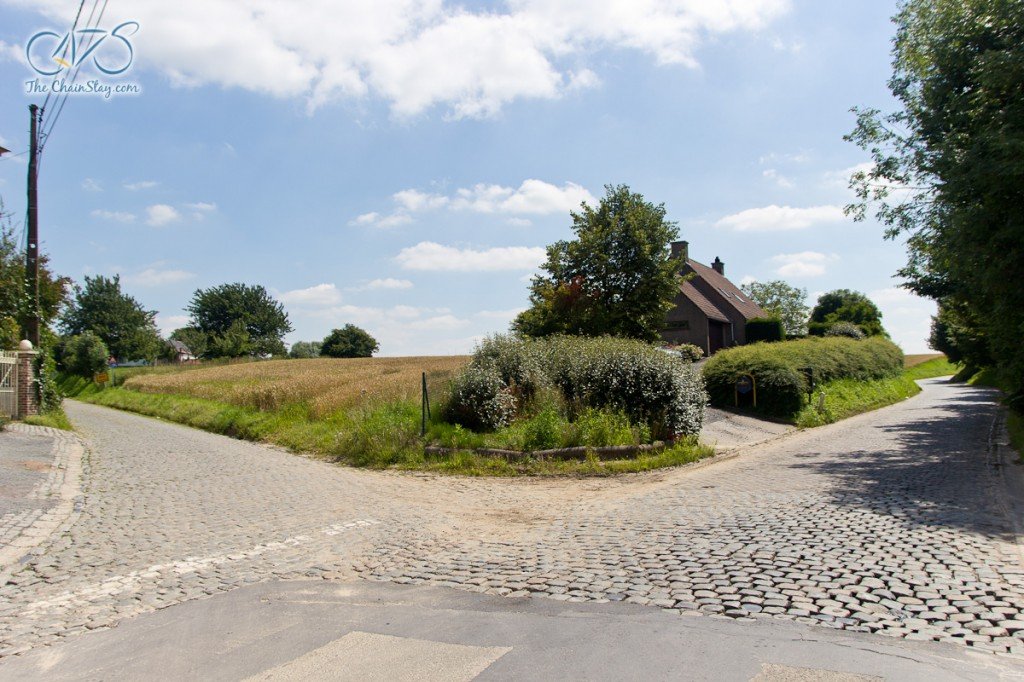 We first mentioned this pair way back in February when we featured the Wolvenberg, as these two cobbled sectors sit just at the top of the climb.

The Holleweg, which translates to hollow or sunken road in English is located in the community of Oudenaarde, and runs from the town of Mater to the town of Volkegem.  There is no certainty of the age of this road, though it is shown on maps as far back as the 1770’s.
This cobbled sector is 1500 meters long, and has been used in many cycling events including the Tour of Flanders in its entirety or in part, and can follow climbs like the Katteberg, Wolvenberg, or the Kerkgate cobbled sector. 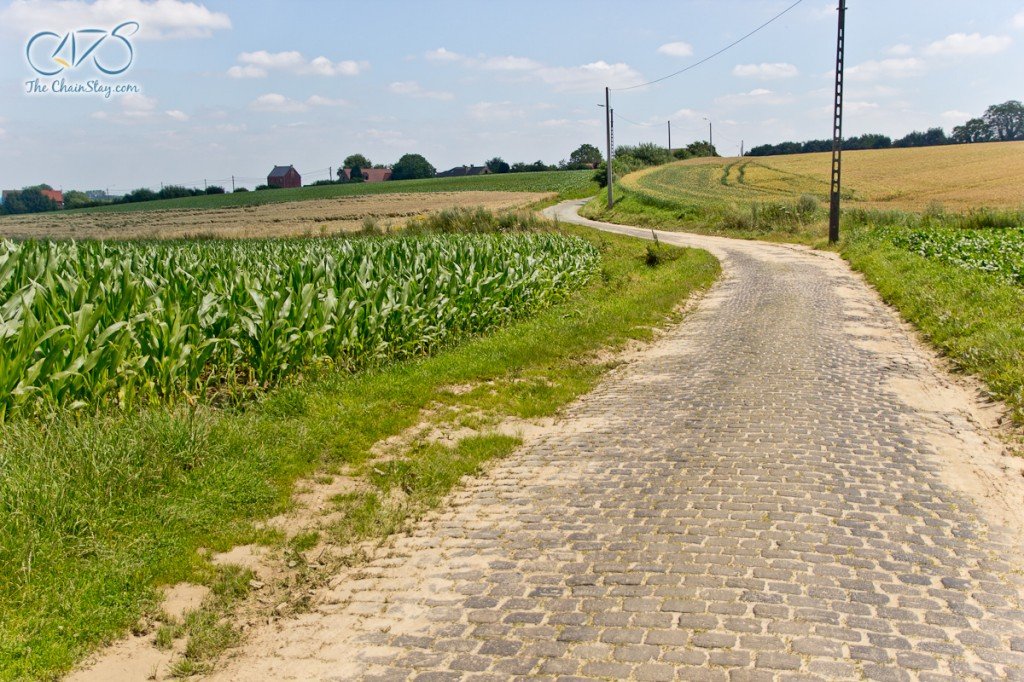 The nearby Ruitersstraat meaning horse riders street also lies in the town of Mater, and it too can be found on maps as far back as the 1770’s. That is where the similarities stop, as this cobbled sector is much shorter at a mere 800 meters in length, and was only first used in the Tour of Flanders just two years ago in 2010. 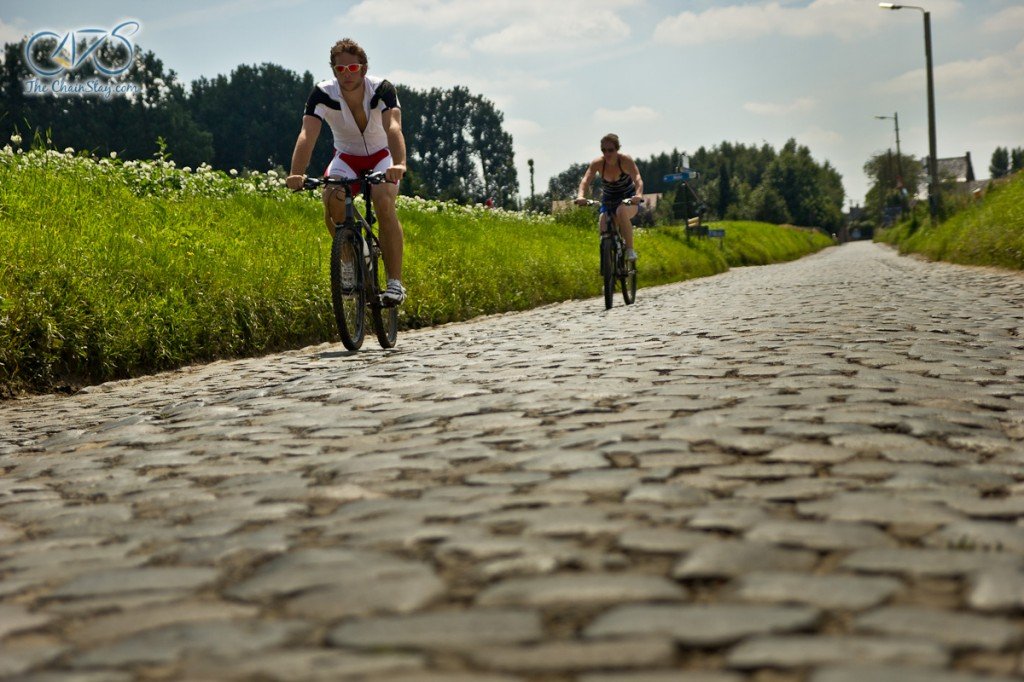 The Ruitersstraat and part of the Holleweg are included along the 80 km RVV Blue Loop, while a small part of the Holleweg is also included on the 114km RVV Green Loop. If you want to ride the Holleweg in it’s entirety you just need to take the right fork at the top of the Wolvenberg, you can also get to the same point following the main road atop the Katteberg. Though technically they classify this point as the end of the sector, but let’s be honest it’s not a climb so it doesn’t really matter which direction you ride it.
Feeling like some digital cobble reconnaissance? Then check them out here on Google Street View (left for Ruitersstraat, and right for the Holleweg). 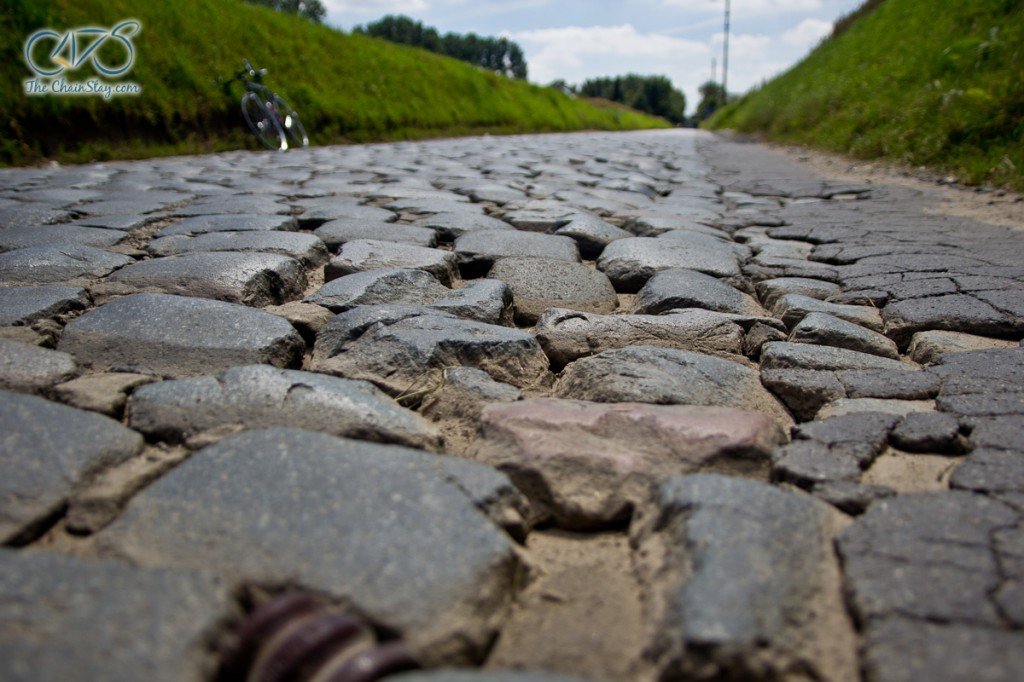 Did you know that Gregg currently holds the record on Strava for the Holleweg? Anyone looking to take that away from him? Or at least give him a run for his money??
Anyone concerned about riding the Ruitersstraat (horse riders street) for fear of riding over presents left by our equine friends? Bad joke?
Now tell us what you’ve been up to lately? Trying to get in as many decent rides before autumn hits? Already gearing up for ‘cross season?
We’ve been busy here at the ChainStay hitting the “reset button”,  as in returning the house back to normal for the late season road racers, and upcoming ‘cross season. Oh and Gregg’s made a quick trip over to Germany for Eurobike, more on that later.
Anyways that’s all for now Happy Wednesday!