For the past several weeks the spotlight shone bright over the Spring Classics of the Flemish Ardennes; but for a brief glimmer of time the spotlight landed on the (mainly) West Flanders race Gent-Wevelgem; with the highlight of the day being the Kemmelberg. The Kemmelberg has a fascinating past; and what once was a battle ground during World War 1 is now one of the battle grounds of the Spring Classics. 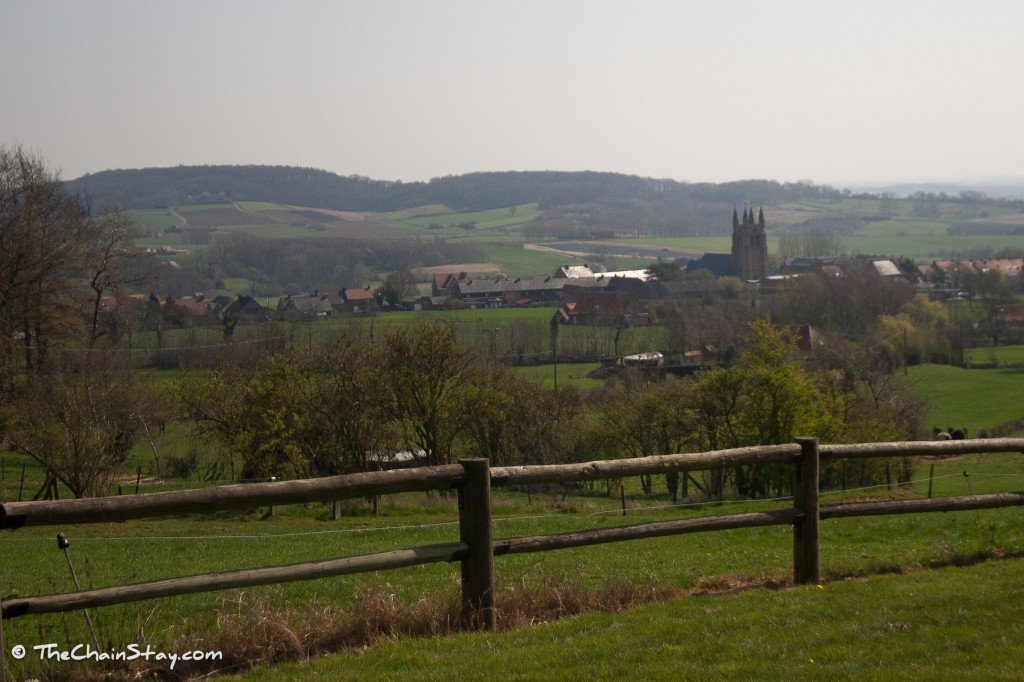 At 156 meters the Kemmelberg is the highest point in West Flanders. Though the most well know portion of the climb is the 750 meter cobbled sector leading up to the summit, there is actually a significant amount of climbing to be done just to get to the cobbled section. There are numerous ways to approach the climb and will see you climb between 1.5km and 3km to the summit (though the majority is all paved) with elevation differences between 109 meters and 122 meters. The typical Kemmelberg-Oost approach is the one which is used in the Gent-Wevelgem course, it comes in from the east of the climb through the town of Kemmel (though we also like to ride this way via Gremmerslinde or circle around the Kemmelberg via the Koenraadstraat and Lettingstraat) and will average just over 4% gradient and maxes out at 22% over the cobbles.
The Kemmelberg-Zuid approach is an easier option as it is fully paved (now used as the decent in Gent-Wevelgem) but won’t really give you the true Kemmelberg experience, you’re better off walking your bike up the cobbled sector. It’s average gradient is just under 8% with a maximum gradient of about 17%.
Finally the Kemmelberg-West approach climbs the nasty decent from past editions of Gent-Wevelgem, this approach averages nearly 4.5% gradient, with a maximum gradient of 23% on the 175 meter cobbled section. 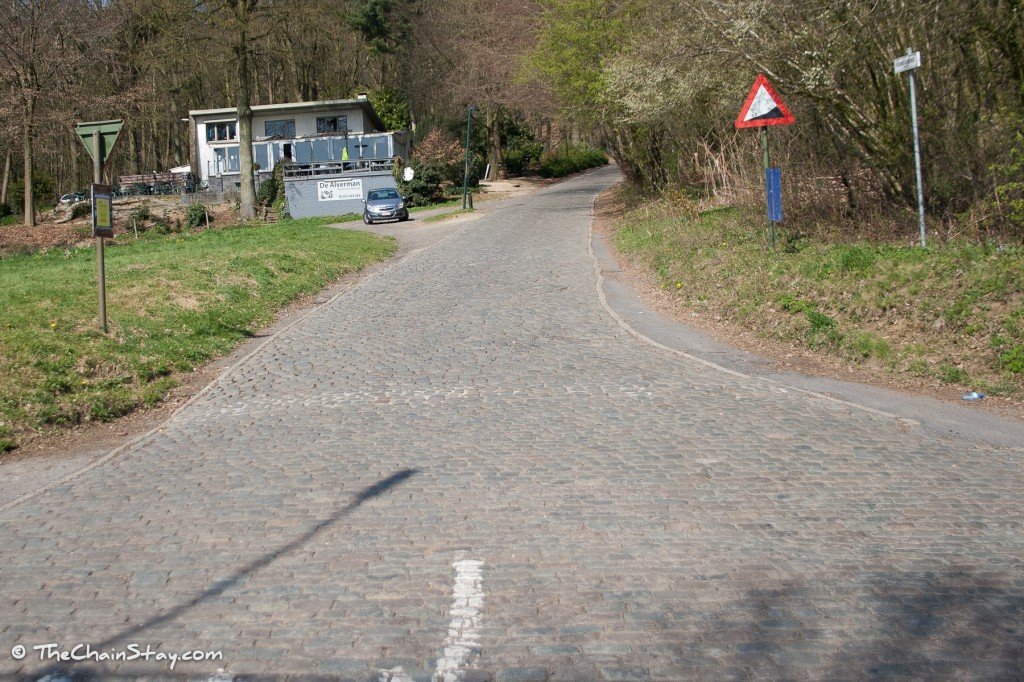 The Kemmelberg is known to cycling fans for it’s central role in Gent-Wevelgem, as it has been included in the race circuit since 1955. It is also well known amongst cycling fans for the many horrific crashes that have happened on the cobbled descent of the climb, and because of this the descent was eliminated from the race in 2008.

Since the Kemmelberg is the highest point in West Flanders it is also well known for it’s role in the Great War; it was first occupied by the Germans under the Spring Offensive on April 25th 1918, and was recaptured by the allied troops in September 1918. The Kemmelberg was left completely bare following the fighting; it was later replanted with deciduous trees, and is now classified as a protected provincial domain. On the Western slope of the Kemmelberg lies a French Mass Grave with 5237 unknown French soldiers and 57 named French soldiers. While atop the summit stands the Mémorial aux Soldats Français “The Angel” which commemorates the French soldiers who engaged in combat here in April of 1918.

Enough Said, Take Me There!
The Kemmelberg lies just outside of the town of Kemmel in the region of Heuvelland in West Flanders; 12-14 kilometers from both Poperinge and Ieper and only 5 kilometers from the French border. As mentioned you can approach the climb from many different roads, but here is the “meat” of the climb for you to take a quick peek at before you go (via Google Street View). Also do plan to enjoy a casual lunch or beer at one of the few cafe’s found on the eastern slope, the western slope, and at the top. 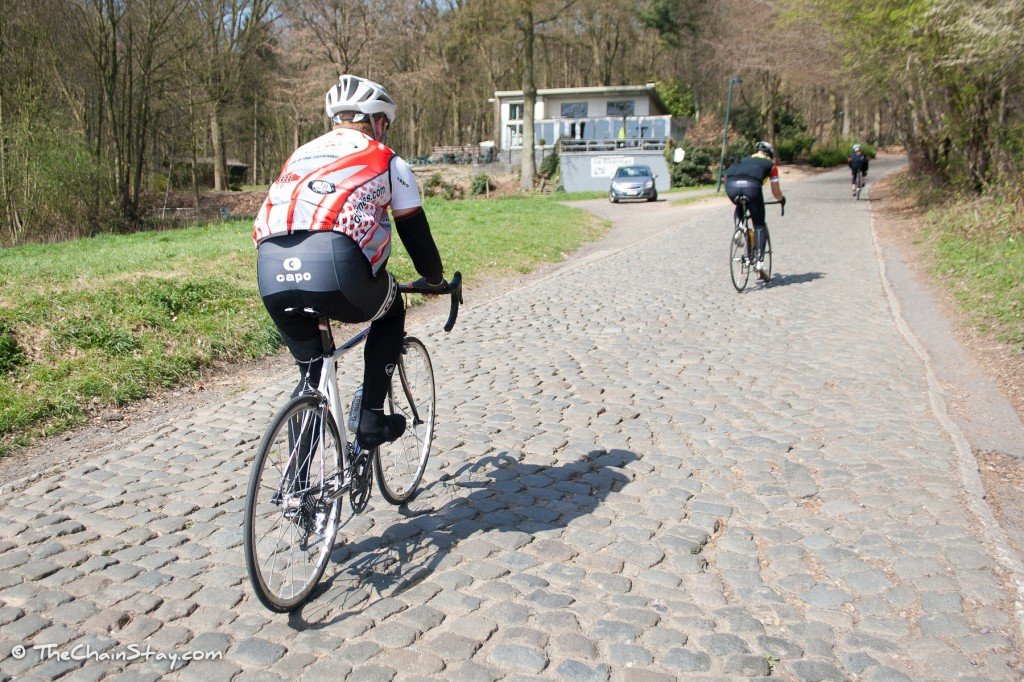 But before you go here’s a few pointers to help make the best of it (We’re talking about the cobbled section of the Eastern approach). 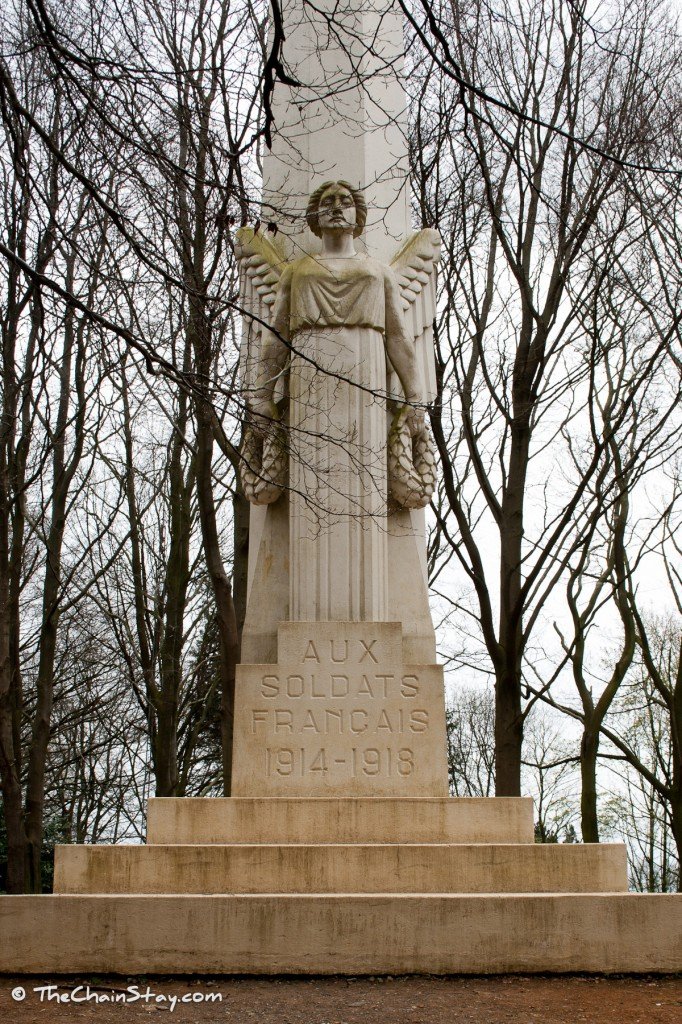 So that’s it for the Kemmelberg, though we may try to revisit this one in the future as there is so much to say. It truly is a fun climb to ride, and we highly recommend you get out there and ride it!
We hope you all had a chance to catch some of the very exciting Spring Classics races either in person or on tv, we also hope that you didn’t miss our Monumental Bergs too much while we were busy with a very crazy Spring Classics period. An update on that is sure to find it’s way to you soon! Happy Monday everyone!