This week we ventured the incredibly long distance of 8km to bring you our race report. Nokere Koerse is about as hometown of a race as we get, less the iconic Tour of Flanders, here at The ChainStay. Located just 8km from our cyclist house, The UCI 1.1 road race is for me the unofficial start to the Spring Classics season here in Flanders.

Despite the day being a regular workday, the finish line crowds were large, even with a €5 euro entrance fee and cool-to-cold Spring temperatures. I ended up having a good day of filming and even found some time to strike up a conversation with a triad of retired cycling fans. The three of them spend two laps asking just about every question they could think of about why a guy from Texas moved to Belgium to open up a cycling hotel in Belgium. For me it was a nice practice of my Flemish (which is getting a bit rusty these days) and helped kill some of the time between laps while we waited for the race to come around.

The numerous laps (8 in total) around Nokere gave me plenty of chances to film the atmosphere, but one point in the day was a bit of a downer. I wanted to do some video of the spectacular trees just before the Nokereberg, but as it turns out, Belgium had other plans. The plans of course were to simply cut down 20 odd healthy massive trees!!!

WTF Belgium? Went to get the iconic tree shot at Nokere Koerse and you cut half of them down! Why? Ugh #Belgian #belgium #cycling #cyclinginflanders #nokere

This is in start contrast to what they looked like before. 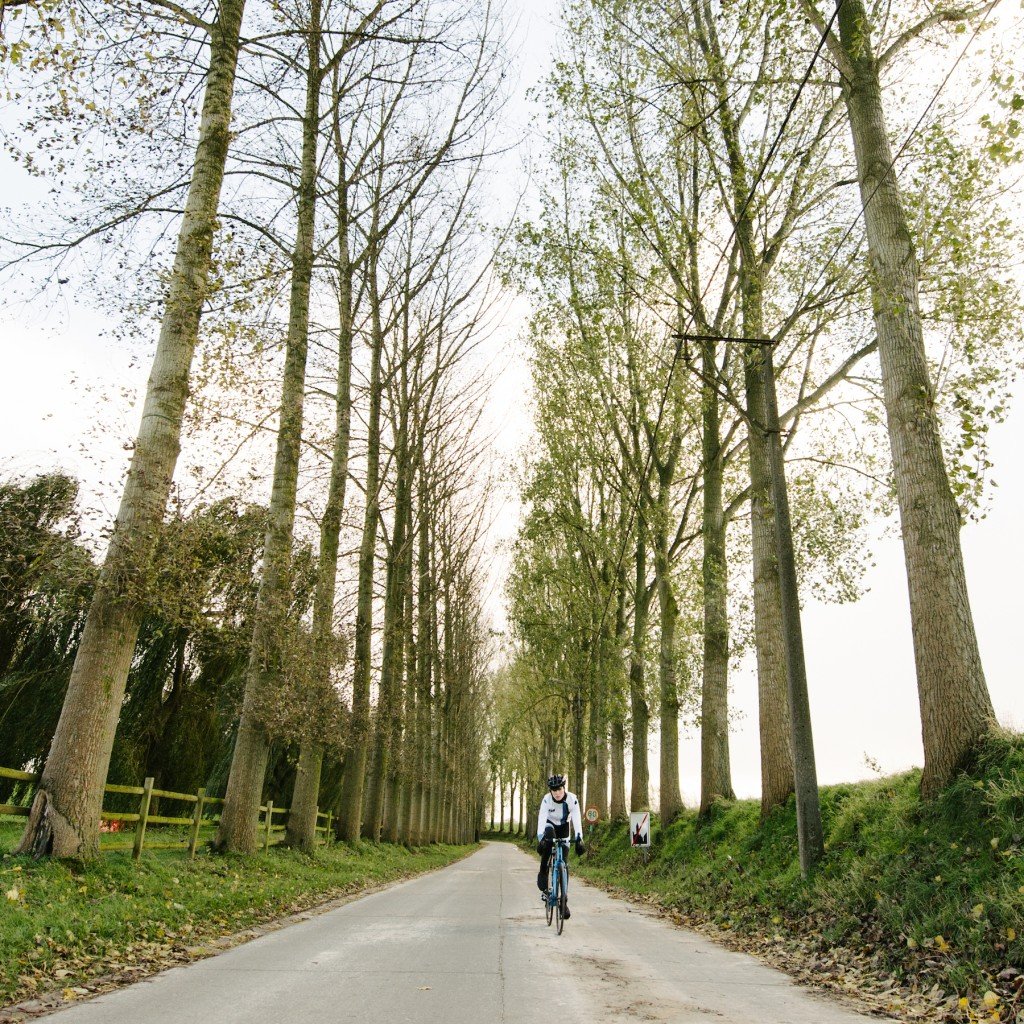