UPDATE: Official reports Sections 5 and 7 are now out of the race:

Even more than any mountain stage we have been looking forward to the 5th Stage of the 2014 Tour de France. Why? Simply because it will be some crazy dramatic racing. I don’t envy the riders today, not one bit. In fact, it may seem strange, but today is a day that many fans of the Spring Classics have been waiting for , a wet Paris-Roubaix! Well, it’s not quite Paris-Roubaix, it’s only 9 sections of cobbles, but it’s still going to be a crazy day of racing. So let us break it all down for you here: Stage of 152.5km from Ipers, Belgium to Wallers, France 9 Main Cobblestone Sections, consisting of:

That is a total of  13km of cobbles in the last 68km of racing! Another major factor will be the weather. The last time the TDF visited the cobbles it was a balmy 30C+ degrees (95F+) but today we are looking at rain and temperatures in around 15C (60F)for the day. The wind will also play a part as they are calling for sustained winds coming from the WNW of 30kph and gusts of 50kph+ during the day. 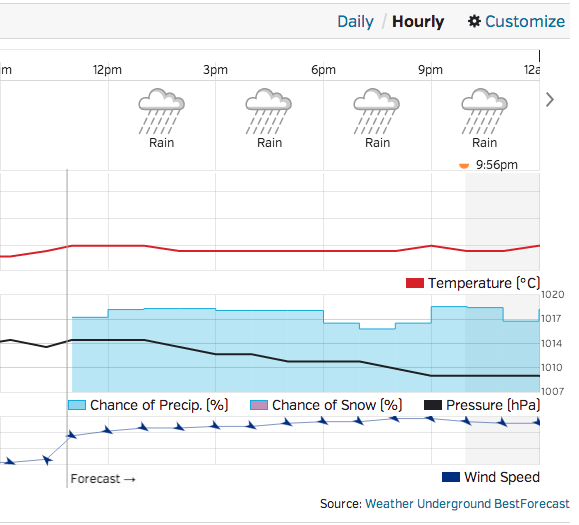 The wind could play a major role on some of the cobble sections that tend to run West or East … sectors 9,8,6,5 all coming early could see some GC leaders caught out if the teams decide to push hard to the line. 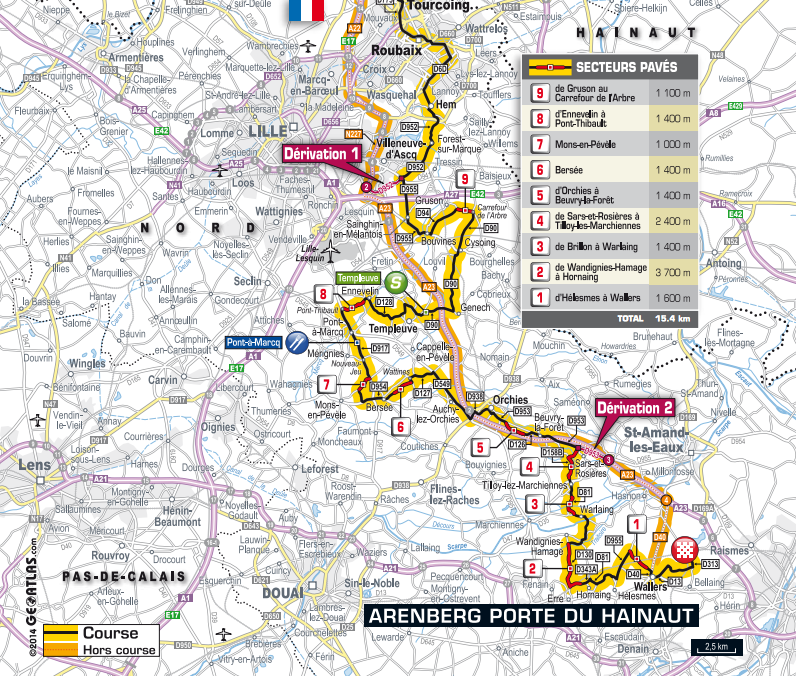 Bike Radar did a good preview of the stage here:

And if anyone wonders what the conditions look like on the course, check out this photo from Alberto Contador

So sit back and get ready to enjoy one of the best TDF stages in recent years!