Cyclocross season is in full on race mode with the US season approaching the mid-point of its season, while the European season is just starting after the finish of the first World Cup race. We talked about the qualification procedures for the US riders looking to go to worlds back in October. Now that 5 of the 9 US C1 qualifying races are done, we have a better picture of which riders are in contention and who is on the bubble. 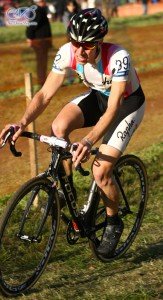 The most obvious rider we have to talk about is Jeremy Powers. The current US national champion is currently riding his best ever season. And when we say best ever, we mean by a LOT. Powers has won EVERY C1 race he has entered this year. This dominance means he amassed the maximun number of points possible in the C1 qualifying races, 400 points so far. Better yet for US prospects at worlds we saw the best World Cup ride by a US Elite male rider. In Tabor, Powers was able to ride in the front pack at the start of the race and stay in the main chase group once the lead group of 5 established themselves. He lead the chase group for several of the closing laps and finished strong with a 7th place. This ride gave Powers an automatic qualification to Worlds in Louisville.

The next two best positioned riders are Ryan Trebon and Tim Johnson . Each rider has shown good form, challenging Powers in several of the major US races, but neither has had the consistent form Powers has show. Still, their solid rides for podium positions (and the top heavy points of the podium) mean they are currently 14th (755 points) and 17th (665 points) position in the UCI ranks. The next rider behind them is Jamie Driscoll with a points gap of 234 points to Johnson. Making up this gap is going to be hard, especially if Driscoll is not riding the World Cups.

Behind the obvious top three we have two riders leading the way in the charge for qualifying via US C1 points, that being Jamie Driscoll and Chris Jones. Driscoll has amassed 63 points in total, while Jones has 59 points. At the moment Driscoll has been a little bit more inconsistent in his rides, but Jones’s long road season could affect his cross schedule as he tends to race less than most riders.

Behind those two riders we have Tristan Schouten with 35 points, Danny Summerhill with 30 Brian Matter with 25, Dylan McNicholas with 25 and Mich Hoke with 20. Schouten is certainly the favorite from the group to do the best, but I would call Hoke a bit of an unknown factor as his 5th place in Ft. Collins USGP is where he gained all his points. A few more rides like that and he can leap-frog way up the standings. Summerhill is a possibility  but I’m not convinced he’s looking to do the cross schedule required for to score the points needed.

Finally to the wild-card of the bunch, Jonathan Page. Currently 39th in the UCI rankings with 409 points, Page presents an interesting case of a rider who might not be able to meet the automatic qualifying criteria, but has a proven track record of coming into form at the end of the year when many of the top US riders are coming off top form. Because of his Euro-based season, I would wager the best option for page is a top-10 at a World Cup. Previously he had the best World Cup of any American Elite Male until Power’s 7th place in Tabor this past weekend, but those results came in the 09-10 cross season. He also presents a good chance for riding well at US Nationals, but it’s still to early to call who will be in form come January. 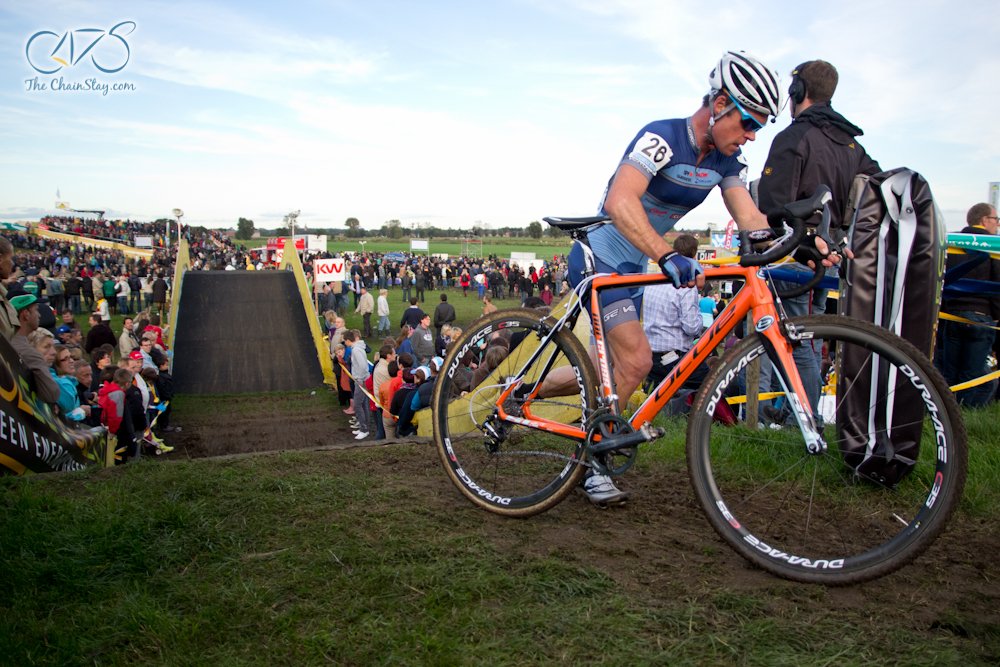 Lastly, there is the hail-mary rider of Todd Wells. CyclingNews.com lists him as a possible Top-5 contender at Louisville Worlds, but I’m thinking qualifying will be his biggest challenge. Either a top-15 in a World Cup or a National Championship jersey will get him automatically qualified, but both would be an up-hill battle. He might be able to receive a coaches selection, but he’s going to need some cross races and a good handfull of W’s to make that happen.

My preditction for US Men’s Qualifying spots are:

The women’s side of things has already seen two riders qualify with their rides this past weekend. Both Katie Compton and Katlin Antonneau rode to top-10 rides in the Tabor World Cup and found themselves meeting an Automatic Qualifying criteria. Antonneau had a sporadic start to her season (possibly due to school commitments) but came to Tabor on-form and showed that her development is still on the upswing and shows little sign of slowing down.

Beyond these two riders we have a very tight and complex battle for the final three (possibly 4 if Compton wins the World Cup overall) spots on the team. Based off the 6th qualifying criteria we have three riders leading the way. Georgia Gould, fresh off her bronze medal ride at the Olympics, has racked up an impressive 128 points in the first 5 races of the Worlds Qualifying races. She is followed by Lea Davison who has scored 90 points so far. Impressive, for the rider, as she scored just 50 points overall last year. Davison is matched by Meredith Miller, also with 90 points, who is a rider who has been a proven World class rider, but is currently out with a broken hand. Maybe she will come back like Niels Albert did last year to have a spectacular second half of the season.

Three other riders to note are Crystal Anthony, 70 points, Teal Steatson-Lee, 66 points, and Alison Powers, 40 points. Each rider has the potential to upset the overall points tally and possibly snag the last remaining spot on the US women’s team at cyclocross worlds.

This brings us to our dark-horses. Yes, we have more than one. There is the tenacious Mo Bruno-Roy who has rode brilliant when the conditions go to the penut butter mud and technical. A solid ride in the right World Cup could see Mo qualify, but the new top-10 rule for women does make that a much higher bar to bunnyhop. Which brings us to our other dark-horse rider, Amy Dombroski. While dark-horse isn’t quite the right title given her known ability to ride a top-10 World Cup result; she presents a case simlar to that of Page. Both have chosen the European based season, both ride well, but both haven’t quite shown the results of their previous top form. With 7 more World Cups before qualifying closes, there is plenty of time for Dombroski to find her form and get a top-10 result for an automatic qualification. 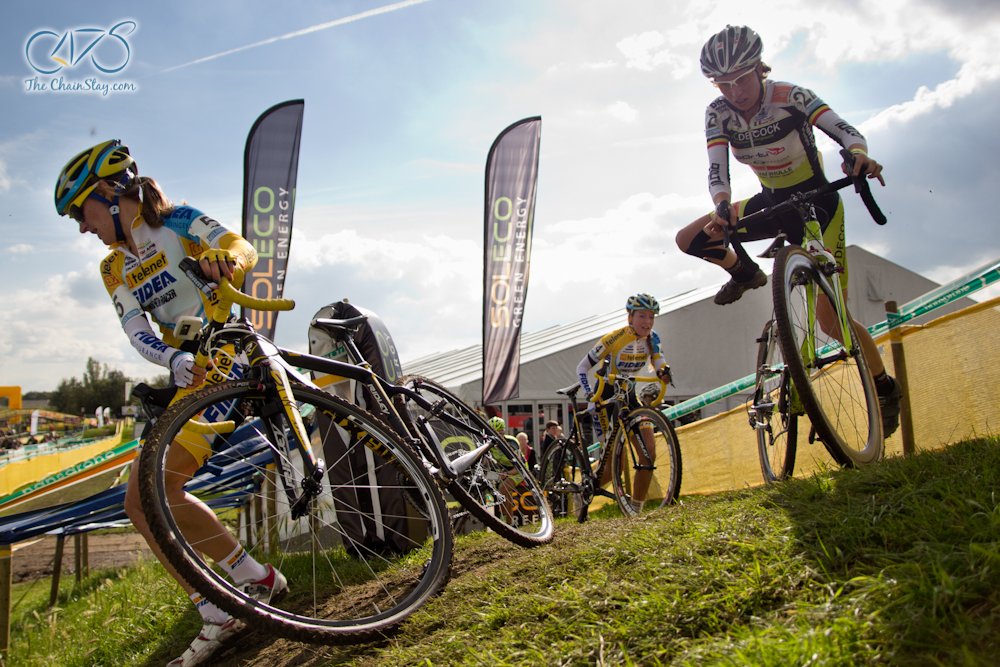 My hail-mary rider for worlds is last year’s 2nd place Nationals rider, Nicole Duke. She’s also had a sporadic start to the season, but with some solid support behind her from Raleigh-Clement. If she can get herself healthy and find the right form, she has the potential to pull off a ride that could qualify her for Worlds.

My picks for the US Women’s Worlds Cyclocross Team:

Think we got our picks wrong? Want to give your own picks for worlds? Comment below and let us know who you think will be making the worlds team come January.