Unlike many other places in the world, streets rarely run in straight lines here in Belgium; making navigation by street next to impossible. Instead it is generally recommended that you follow signs to major towns until you get close to your destination, where the smaller town names will begin popping up. The major exception to this rule of course is when you ride along the linguistic border between Flanders and Wallonia, as there is no agreement on the names of places or streets. In this situation your best bet is to ride with a GPS, but of course you can always do your research and familiarize yourself with all of the possible names for one place, or accept the inevitable and choose to get lost. True to that trend this weeks climb has a potential of three different names, and literally is the border between Flanders and Wallonia.

Th Karnemelkbeek(straat) is the name that most Flemish wieler tourists will know the climb by, but if I were to say the other common name of Helling van Kraai (Crow’s Hill) or the French (Rue du) Lait Battu you still will probably be scratching your head. It simply isn’t a very well known climb, mainly because it runs parallel to the much better known Côte de Trieu. I guess some climbs are meant to shine while others are left to remain in their shadows… until now where we will give the Karnemelkbeekstraat it’s 15 minutes (err 2 minutes?) to shine. 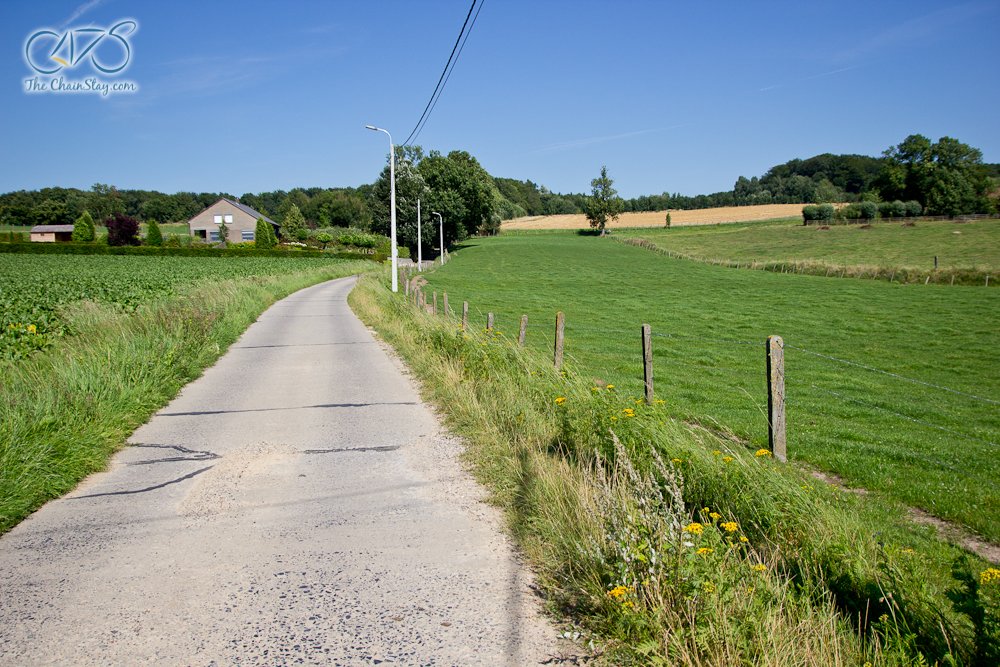 The Karnemelkbeekstraat is an ashphalt climb of 1400 meters with a rise of 71 meters. It’s average gradient is just over 5%, though it starts of very gradually and doesn’t begin to really climb until about 700 meters, this is where you will hit the maximum gradient of about 14%. 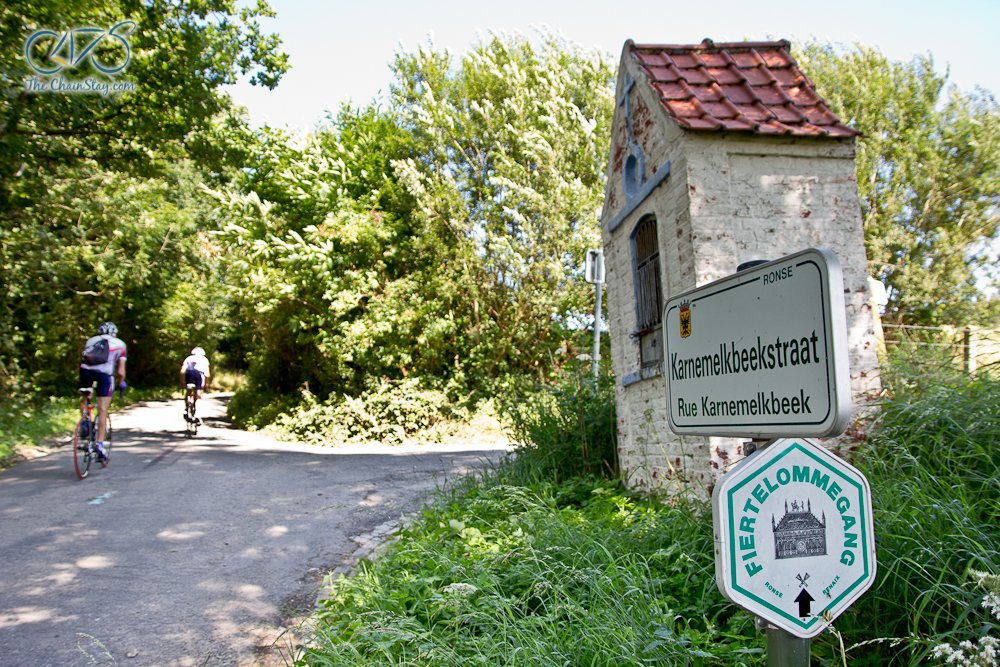 As this climb takes the back seat to the  Côte de Trieu it is not a big player in any of the major races, though it does pop up in some of the Flemish sportieve rides, or on Sunday morning group rides. And just because it’s not raced by the big boys doesn’t mean that it isn’t a worthy climb, in fact it’s actually quite pretty especially through the trees along the second half of the climb. 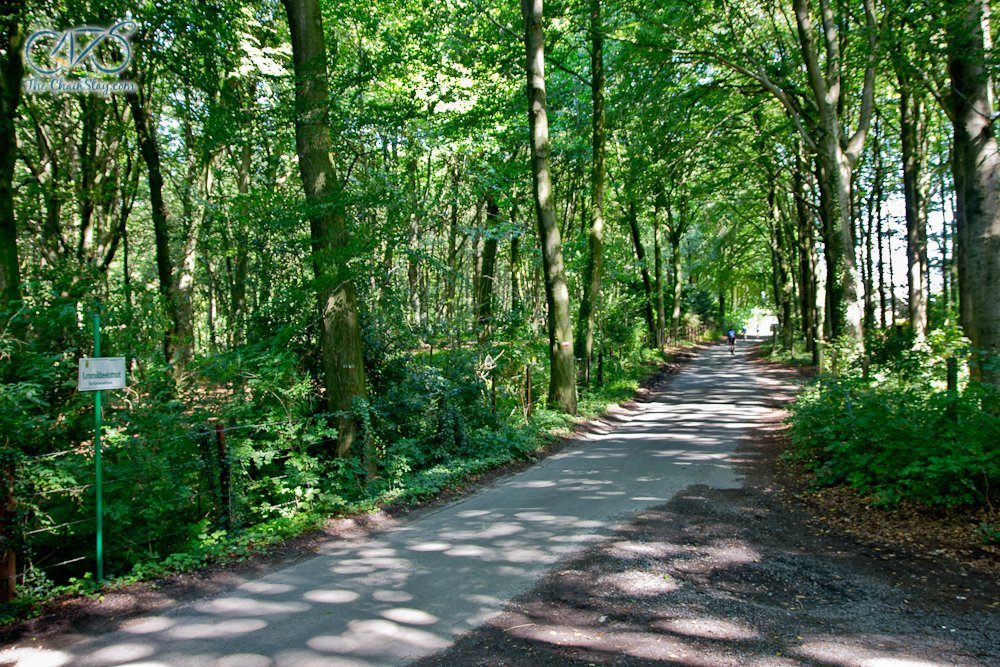 The climb shares it’s name with the street name both in Flemish Karnemelkbeekstraat and in French Rue du Lait Battu and starts in the Walloon town of Russeignies (or Rozenaken if you’re following signs through Flanders) within the community of Mont-de-l’Enclus/Kluisbergen. The border between Flanders and Wallonia literally runs along the street, so I wouldn’t be surprised if one side of the street uses a Flemish address while the other uses a Wallonian address. To check it out before hand, just follow the cyclist here on Google Street View. 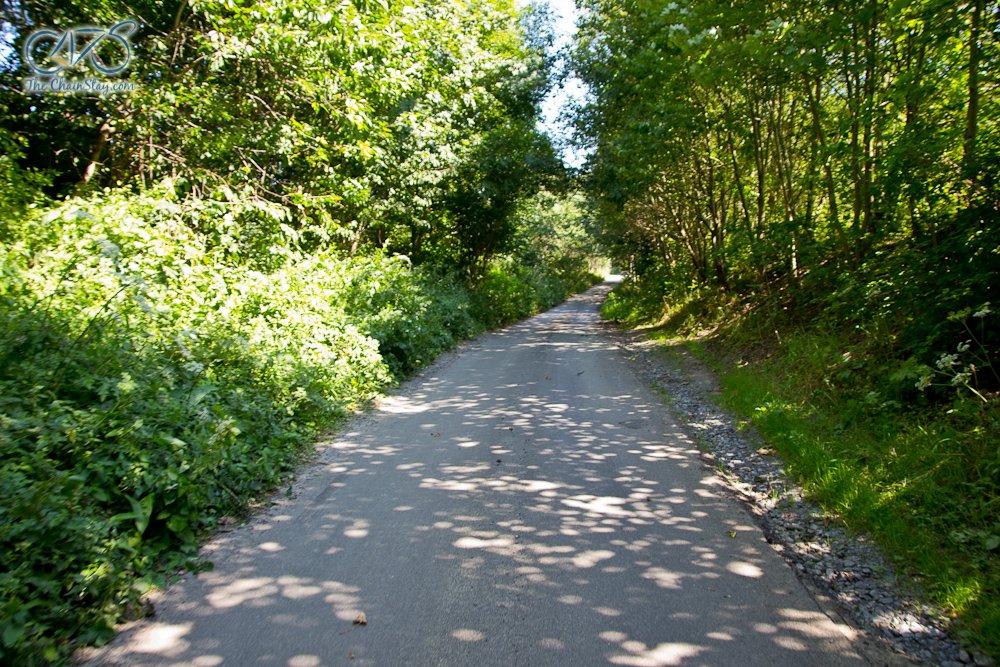 So that’s pretty much it for the Karnemelkbeekstraat. Just remember not to get too confused if you decide to ride this one and the signs keep changing their names on you.
Has anyone rode this climb before? Or did you just stick to the better known  Côte de Trieu? Tell us about it.
Happy Thursday!