Well here we are the last day of April, a whole month has passed since the craziness that was the Tour of Flanders. Unfortunately this weeks feature the Bosberg didn’t see any race action, as it was excluded from the course for the first time since 1975. 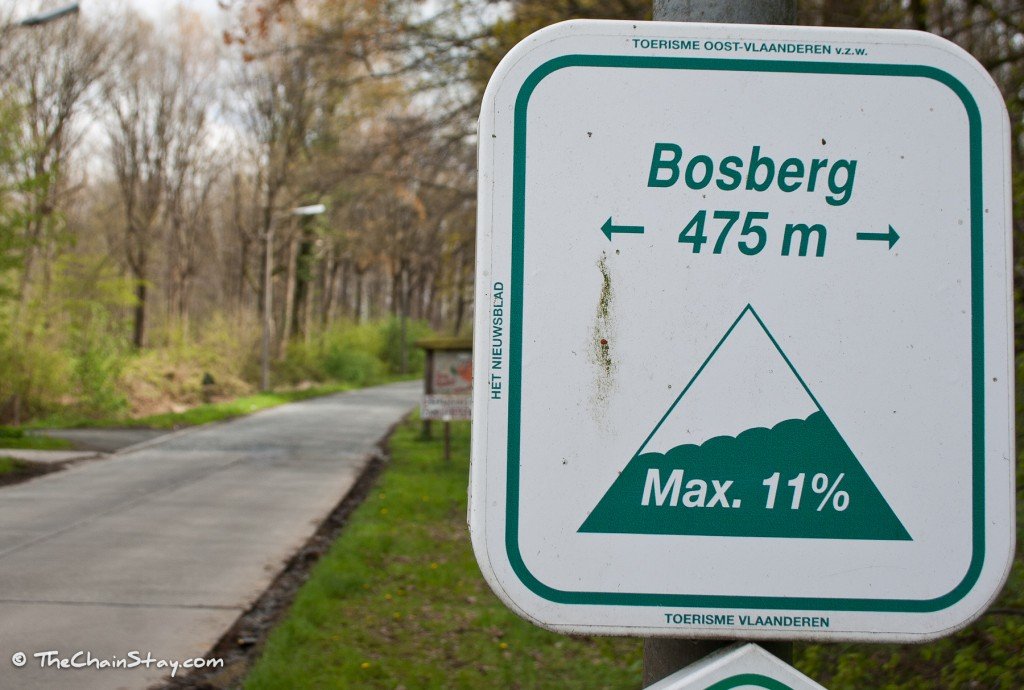 The Bosberg is a mainly cobbled climb running through the small forests of Morbekebos, Raspaillebos and the Karkoolbos, which is only fitting as it’s name translates to forest hill/mount. The climb is a total of 986 meters with a 57 meter vertical gain. It’s average gradient is 5%, while it kicks up to 11% at it’s steepest point in the second half of the climb. 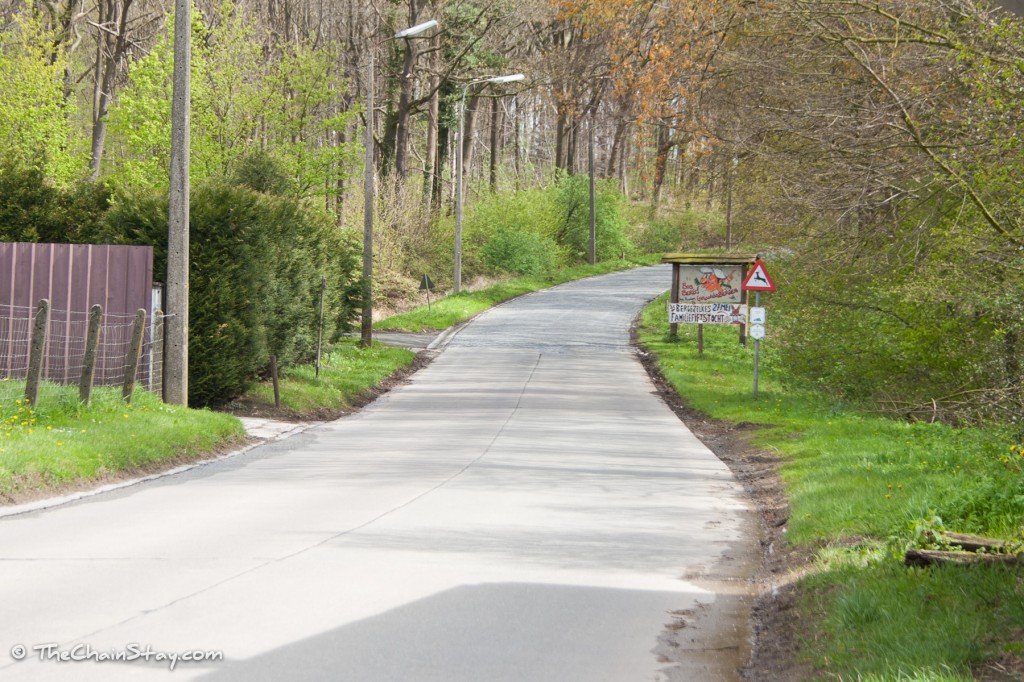 The Bosberg has been the last climb (or one of the last climbs) of the Ronde van Vlaanderen since 1975, and typically follows the Muur-Kappelmuur. Though it is neither very steep nor very long, the Bosberg was always a challenging climb in past races, as it landed after over 250km of racing following the Muur-Kapelmuur where the winning move would often go. It was first raced in a major event in the 1950 edition of the Omloop Het Nieuwsblad, and is also frequently raced in other professional and amateur races. 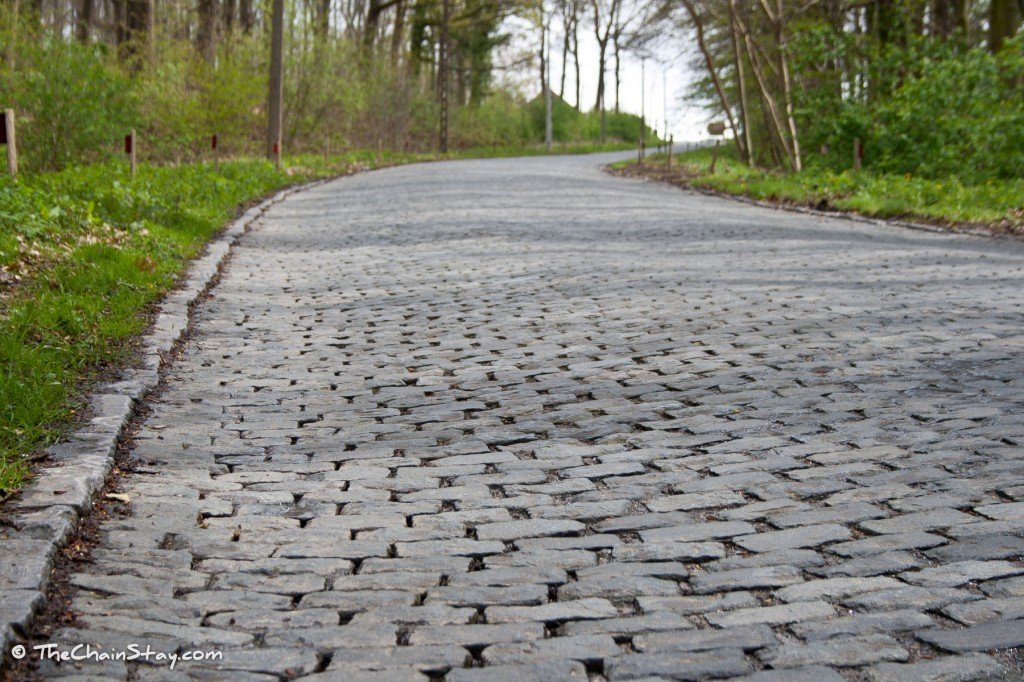 The Bosberg is the most eastern climb of the Flemish Ardennes; located on the Kapellestraat outside the village of Atembeke (Moerbeke), and only 4km from the center of Geraardsbergen. You can see the climb here first on Google Street View, and later ride it via the RVV 114km Green Loop. 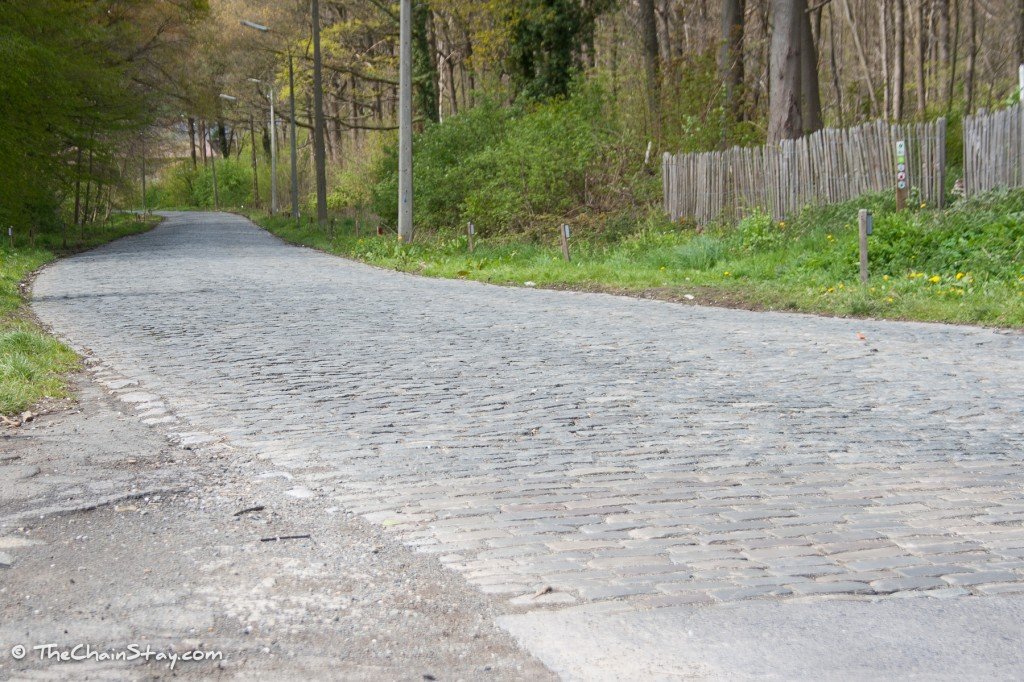 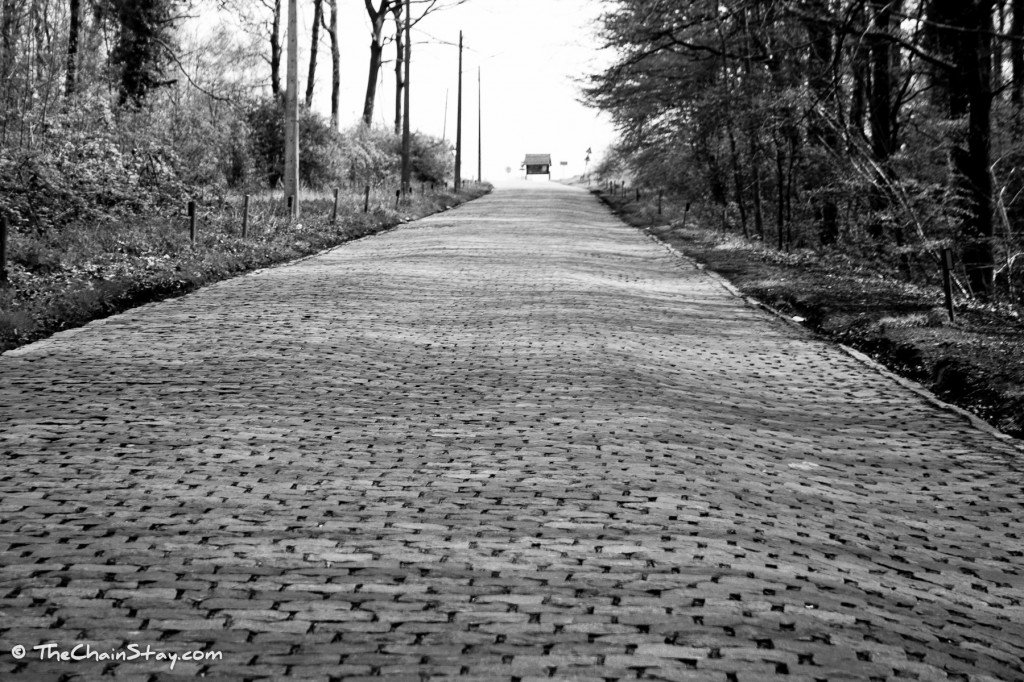 While we do love the classic Muur-Kappelmuur/Bosberg finale of the Tour of Flanders, equally we love the new finale of the Oude Kwaremont/Paterberg pair. They are just so different that it makes it difficult to compare, but it is a huge shame that the two climbs were left high and dry for the 2012 race.
We are definitely hoping that there will be some compromise for next year though. We thought that the race could travel from Brugge directly east towards Gent, and then south east towards Geraardsbergen, where there would be room for all of the popular climbs while still keeping with the new finale.
The only hitch in an otherwise perfect plan… the Dorp van De Ronde (town of De Ronde).
The Dorp van De Ronde alternates each year between East and West Flanders, and while this years town went to Torhout a city in West Flanders another West Flanders town has a pretty strong argument for 2013’s edition.
The town of Rekkem which lies near to Menen was the home of the first ever winner Paul Deman,that race was held in 1913… which makes next year the 100th anniversary. So will they have back to back West Flanders Dorp van De Ronde? Will they try to include the Bosberg and the Muur next year? I guess we’ll have to wait to find out.
Now tell us what did you get up to this weekend? Ride up any climbs through the forest?
Have a great week everyone!