This week we’d like to introduce you to the often overlooked climb, The Wolvenberg. Thought it’s at par distance wise with some of the other climbs of the Flemish Ardennes, and ranks highly for it’s maximum gradient; the Wolvenberg’s asphalt surface means it won’t become a decisive climb anytime soon. 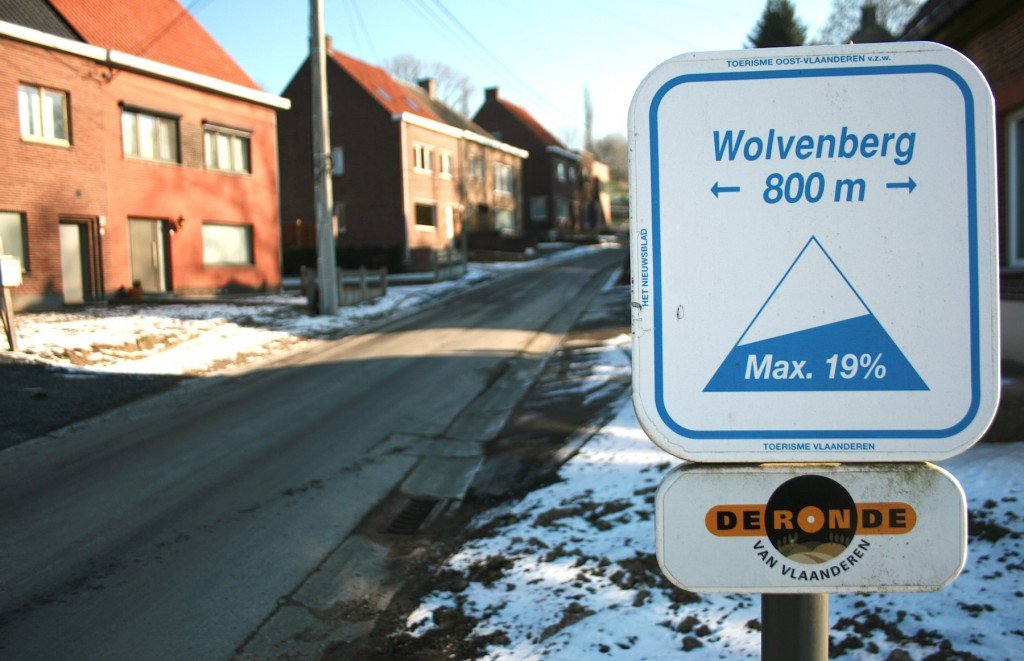 The Wolvenberg covers 800m of distance with an elevation change of 50m. The climbs starts off with a fairly gradual slope before kicking up to a maximum gradient of 19% towards the top, it’s average gradient is pretty average at 6%.

Now, so far we have left out one of our favorite parts about the Wolvenberg. It’s kind of like a choose your own adventure book in the way that shortly after you’ve hit the top of the climb you’ll reach an intersection that gives you the option between not one but TWO cobbled sections; an 800m section on the Ruiterstraat (straight) or the very difficult 1500m section of the Holleweg (right) more on those to come. You can also turn to the left and ride towards the summit of an easier cobbled climb; the Katteberg. So the ride possibilities are endless!

The Wolvenberg is located in the small village of Volkegem in the municipality of Oudenaarde; less than 3km from the center of the city.  Need a visual? Check it out on Google Street View and don’t forget ALLES IS GOED (everything is good)! Gotta love the things you can find on Google street view! You can also ride this climb as part of the Tour of Flanders 80km Blue Loop.

We won’t bore you with tips on how to ride The Wolvenberg, afterall it is asphalt. Just enjoy the climb and see where your choice of cobbled section takes you! Happy Monday and happy climbing!

pssst: We still have a few places left in our Tour of Flanders day trip, so if you’re planning on coming over in April make sure to book your place before it fills up!