Following yesterday’s stage win by Tom Boonen at the Tour de San Luis in Argentina it’s only fitting that we feature one of his favorite climbs of the Flemish Ardennes. Casually known as the “Boonenberg” the Taaienberg is a climb where Tom Boonen has been known to test the legs of his competition. 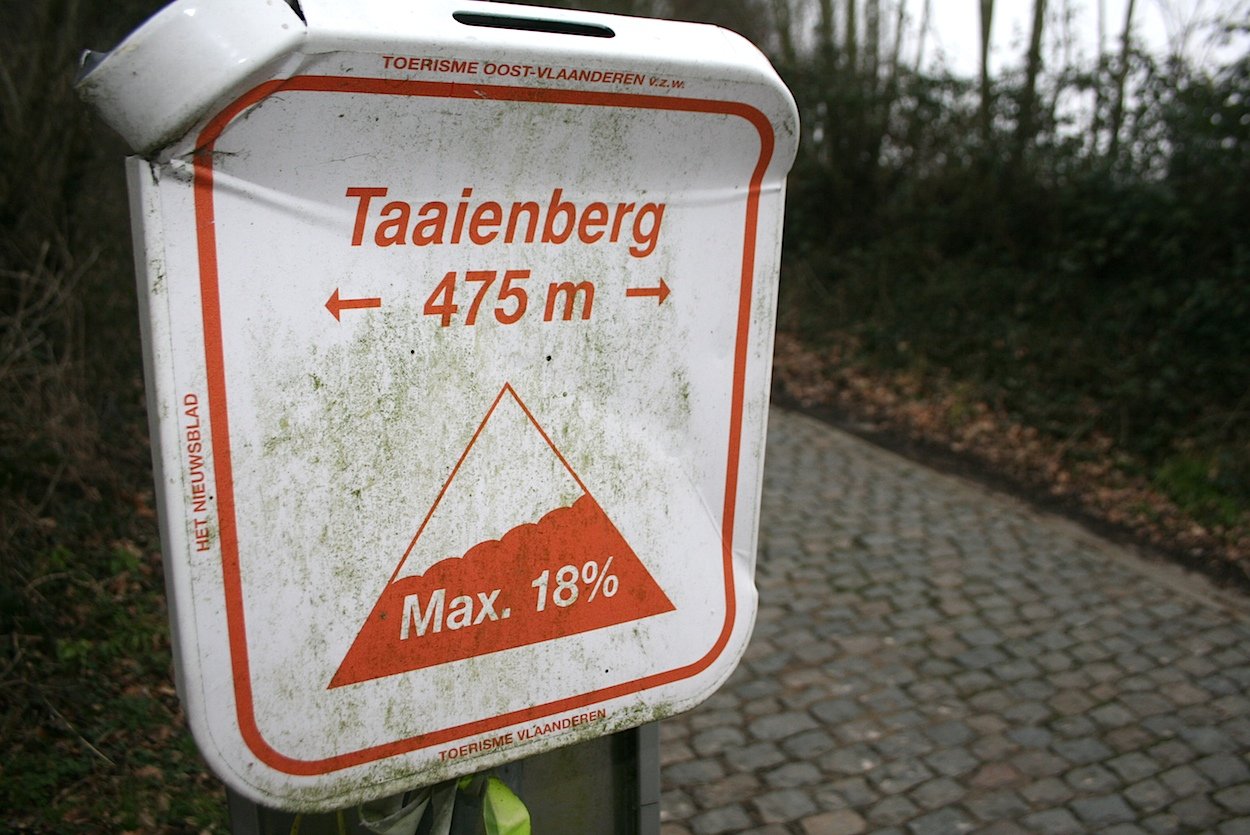 The Taaienberg is a cobbled climb with a concrete section at the base, and a very slight downwards slope towards the end of the section. From top to bottom it covers 800m of distance, has an elevation chance of 57meters, with a maximum gradient of 18% and an average gradient of 7%. Though officially the Taaienberg is considered much shorter with a distance of only 475m, which does not include the initial concrete section, or the slight downgrade at the summit.

The Taaienberg has been included in the Tour of Flanders route since 1974 (except for the 1993 edition) and will be the first climb of this years edition of the race. The climb has also been featured in other professional races such as the E3 Harelbeke, Omloop Het Nieuwsblad, and Driedaagse De Panne.

Enough Said, Take Me There!
The Taaienberg is located in the quiet village of Etikhove in the municipality of Maarkedal, about 8km from the center of Oudenaarde. Check it out here on Google Street View and via the Ronde Van Vlaanderen Orange Loop. 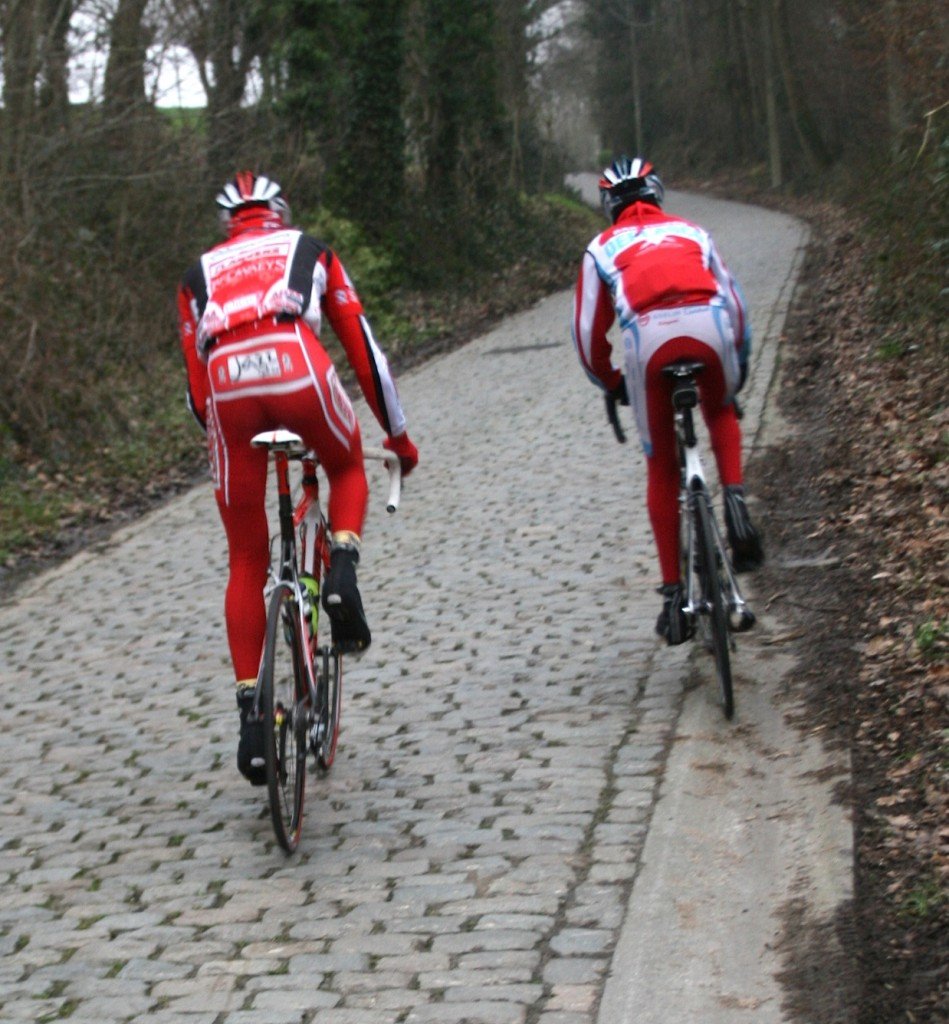 So now that you’ve been introduced you to the Taaienberg, why not get to know it better? Hope everyone had a great weekend, we’ll be back next Monday with the next feature climb.