We often get asked for things to see and do in our small city of Oudenaarde, so we thought it was high time to make up a little guide with some of our favourite places, we’ve also added some other useful places for the day to day stuff.


The most logical place to start is in the city center. Here you will find the Tourism Office and MOU City Museum located inside of the 16th century Old Town Hall. Surrounding the square are many guild houses; now home to numerous cafes and restaurants. The center plain is typically used for paid parking (along with most of the surrounding streets), though it is taken over every Thursday morning for the weekly market which offers fresh produce, fish, poultry, meats, cheeses, plants, clothing, and other goods. The center square is also the site for several festivals throughout the year including the Adriaan Brouwer Bierfeest held during the last week of June, several yearly carnivals, and an ice skating rink in December and January.

Also worthy of a mention is the Sint-Walburgakerk Cathedral located on the South-West corner of the square, the Oudenaarde Library housed in the old Vleeshuis (meat house), and of course the Centrum Ronde van Vlaanderen (Tour of Flanders Museum and Cafe). 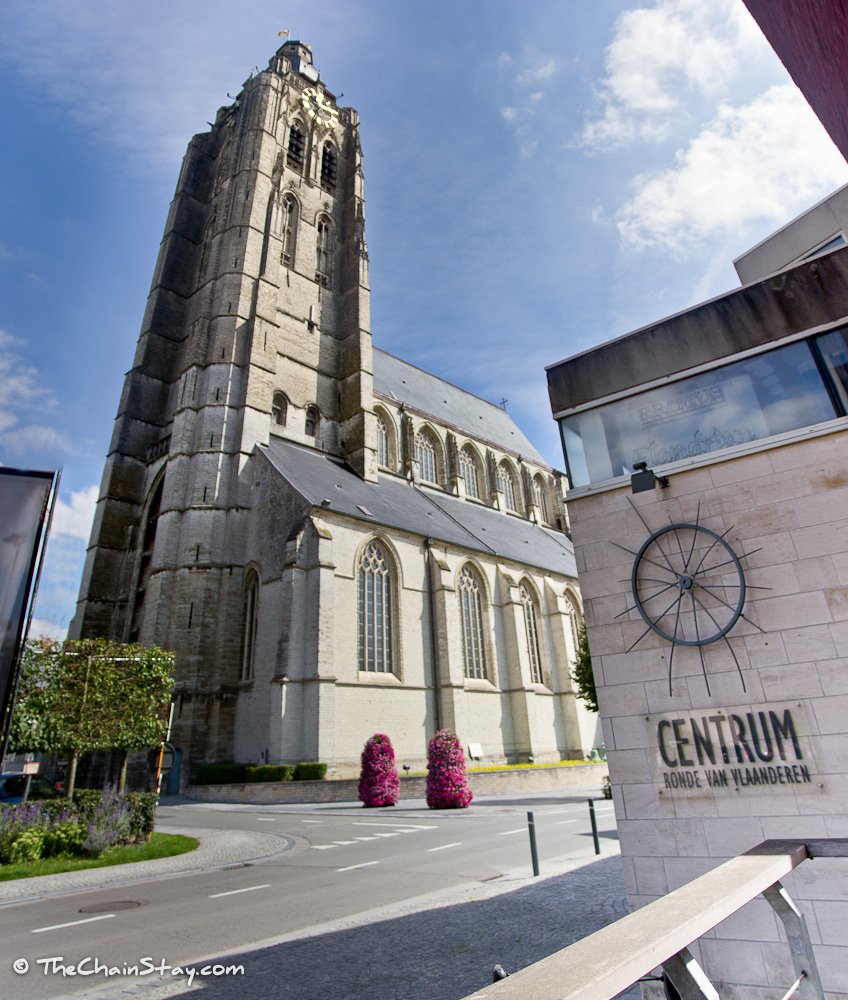 Looking to enjoy some sun on the terras, or just a nice drink? Here are some of our favourites…
On a sunny day De Carillion is hands down the busiest terras, thanks to it’s prime location in the sun. Very popular with cyclists and bikers for a mid or post ride refreshment.
Adriaan Brouwer Cafe in the market square serves all the beers from the local Roman Brewery, including Adriaan Brouwer and Ename. This is one of our go to places for a night out in town, because it’s  casual setting is perfect for a catch up with friends. If this one is too busy; Secreto the cafe next door to the right is just as good.
Brasserie De Flandrien is a must visit for any cycling fan! Bike memorabilia everywhere, live race broadcasts, Flandrien house beer, and a lunch menu like no other… Spaghetti Boononaise or Croque Cannibal anyone?
Coffee en Ijsbar Matagalpa is the best place in the city for coffee, and one of the few places that serves a real cappuccino (most serve a “Flemish Cappuccino” with whipped cream instead of steamed milk). The owner Sophie makes all of the pastries and cakes herself, she also serves up delicious milkshakes! A nice bonus is that they have a menu in English, which is not a very common thing to find in Oudenaarde.
The Irish Pipes Is another one of our go to places for a night out in town, 1 because it’s the closest to us, and 2 because of it’s great atmosphere. So if you have a hankering for a Guinness or some Irish Whiskey these guys have got you covered.

We’ve by no means even scratched the surface of local dining options, but the following are just some of the great options that we have had the pleasure to experience.
‘t Verloren Hart is a very quirky restaurant with a varied Flemish menu specializing in seasonal Flemish dishes, and gourmet salads nearby the train station.
Priorij Van Elsegem is a typical Flemish brasserie in a 16th century cellar in the center of the city.
Huis van Parma is located in one of the many guild houses surrounding the market square, the menu is reasonably priced and includes light meals, fish and meat dishes.
De Mouterij is located in an old malt house specializing in seasonal Flemish cuisine.
Da Romeo is one of several Italian restaurants in Oudenaarde, and our top pick. They have dozens of pizzas, fresh pastas, and meat and fish dishes that are all very well priced! 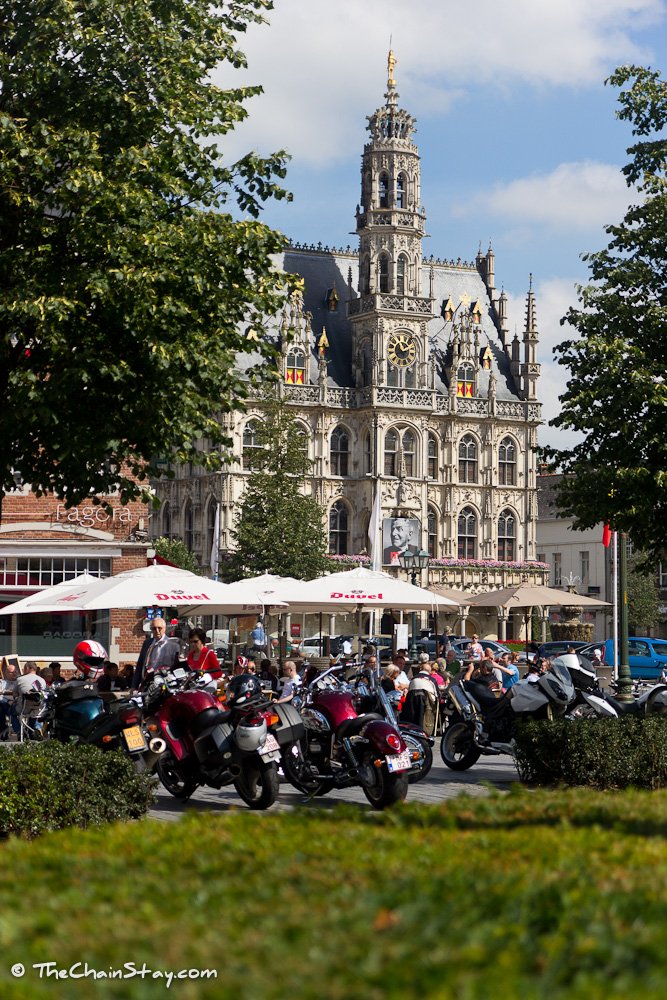 Nederstraat & Hoogstraat are the two main arterial streets leading into and out of the market square, where you will find most of the open air shopping center.
Frun Park located at Gentstraat 57 is a small shopping complex near to the train station which includes the Dutch supermarket chain Albert Heijn,  a clothing shop, and a few other small shops.
Retail Park N60 is a new shopping complex located several kilometers outside of the city heading north towards Gent along the N60.
Bowling Stones is the local bowling alley, and one of the few night time activities in Oudenaarde besides going to a bar.
Leidts Park is a city park surrounding the Leidts Castle, it’s a great spot to relax in the sun or under a tree on a nice day.
Donk is a small outdoor recreation area with mountain biking trails, a gravel running path, water recreation (though no swimming is allowed), an outdoor cafe etc.

Unfortunately there is no cinema within the city of Oudenaarde. To catch a movie you can either head to the Kinepolis in Gent or Kortrijk, or the smaller cinemas in Geraardsbergen or Waregem.

Oudenaarde is a small city, so we have lots of food shopping options, all of which are fairly easy to reach from anywhere within the city.
Albert Heijn The Dutch supermarket chain is the newest food shop to the city; along with popular Dutch food items, they’ve also brought along competitive Dutch prices.
Delhaize Is the largest grocery shop in the city, and one of the largest food chains in Belgium. Here you will find a wide selection of options, and as of fairly recently Delhaize started with more competitive pricing.
Colruyt Is one of the cheapest options for brand names, especially if you purchase in larger quantities. A word of warning though, Colruyt can be very hectic at times as stocking occurs throughout the day, some things can also be a bit of a challenge to find on your first visit as well.
Aldi is a small and cheap grocery shop. The selection is very limited, though the main location in Oudenaarde does have an attached butcher.
Lidl is also a small grocery store similar to Aldi, but they do carry some brand names, and the quality tends to be better.
Smatch is a small branch of the food chain Match located a few hundred meters from the city center. Smatch is one of the few options available to you on Sunday’s, but only until 12pm.
Culis is a small shop in the center of the city selling fresh produce, deli meats, prepared dishes, fish and meats. They are open on Sunday’s from 8:30am -12:30pm and from 4pm – 7pm.
Superette De Bever is the closest food shop to us selling meats and other food items. They too are open Sunday’s from 8am – 1pm and from 4pm – 7pm, and also on public holidays! 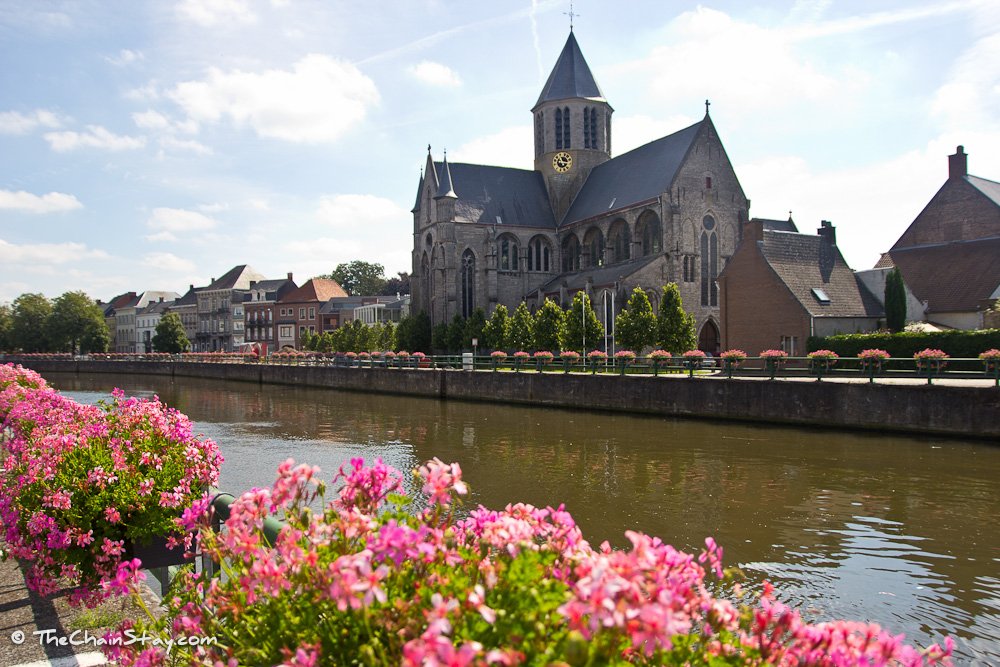 ASFRA “Flanders” is one of the most well known bike shops in Oudenaarde, specializing in Flanders bike frames. They also have an associated amateur racing team.
Fietsen Lindor has a large selection of parts and bikes, good mechanics, and helpful staff.
Wheel Palace is a bit pricier bike shop, but much larger than the others. They also offer bike rentals.
Moozes Bikes is a concept store for Moozes Bikes and fashion.
Jowan is a very large bike shop located just 10km from Oudenaarde in Kluisbergen. Lots of high end bikes and a very large selection. 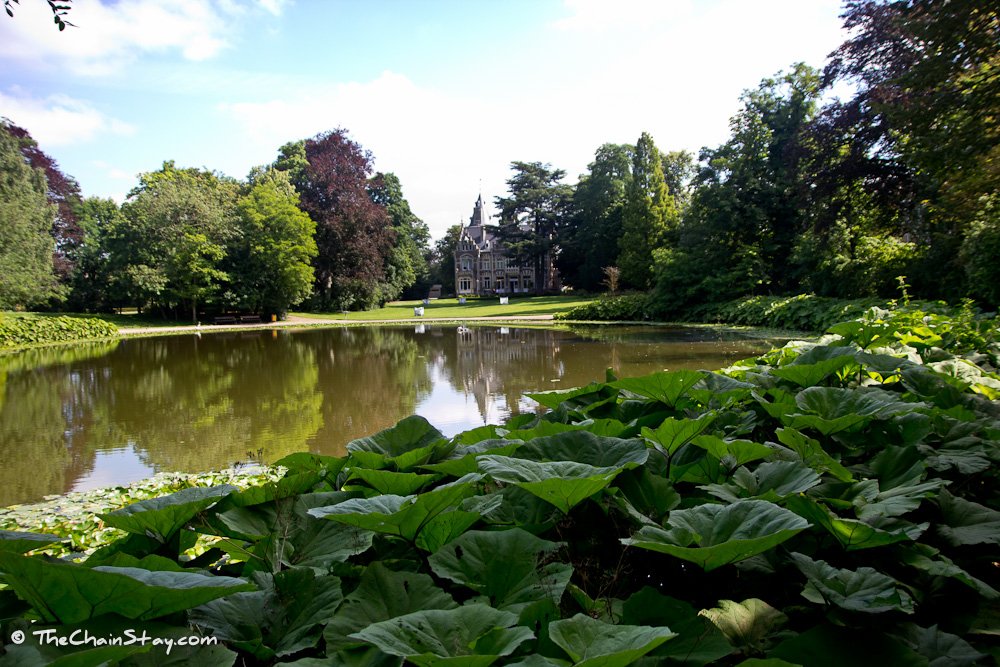 Pharmacies There are numerous pharmacies throughout the city, just look for their telltale green cross symbol. To find the closest pharmacy type 9700 in to the “postcode” space or Oudenaarde into the “gemeete” space and click “zoek apotheek”.
Post Office The main post office in Oudenaarde has just been relocated, thank goodness because describing how to get to the old office was a nightmare!
Train Station is fairly centrally located, and offers direct trains to Ronse, Gent, Brussels, and Kortrijk (plus some other smaller stations along the way), which opens up many connection possibilities.
Taxi Services are not common in Oudenaarde as the city is not very large, so you will not find a taxi waiting outside of the train station. Instead you will have to call one, or arrange a pick up in advance.
Parking As mentioned earlier, the center plain and surrounding streets offer paid parking (with free parking between 12:30pm and 2pm and free parking on Sunday) except on Thursday mornings when the weekly market takes over. There are also a few free parking areas around the city like in the large plain behind the Tour of Flanders Museum along the Smallendam and De Ham, and in the long term parking lot to the right of the entrance to the grocery store Delhaize.
Hospital The hospital is located in the center of the city just behind the Police Station and the Cathedral. In the event of an emergency the ER is generally pretty calm which is nice for getting seen fairly quickly.
Police Station is located in the center of the city just behind the cathedral. Note the parking plain outside is a paid parking lot.

psst You can find all of the above places and more in this one handy dandy map!