The Edelareberg is one of the closest climbs to our door, and like our last Monumental Berg the Cote de Trieu there is some confusion surrounding it’s name. It seems that at one time the Edelareberg was better known as the Kerselareberg, though it is unknown when the name shifted from one to other. We do know that unlike the Cote de Trieu/Knokteberg where the two different names serve only to confuse riders, the Edelareberg/Kerselareberg serves only to confuse history. 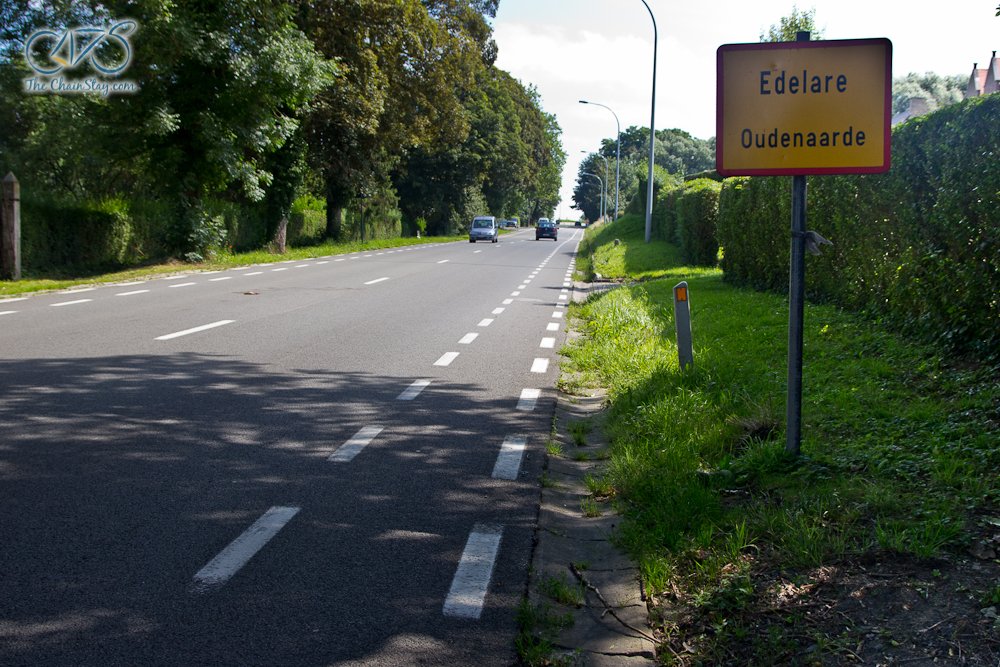 The Edelarberg is a fairly large paved climb (and main road) leading out of Oudenaarde towards the town of Brakel. It is over 1500 meters long with a vertical gain of 64 meters. The climb is fairly consistent, with an average gradient of 4% and a maximum gradient of 7%. Though this could not be said for the cobbled climb that existed here before 1970, as the final 200 meters after a no longer existent hair pin turn were extremely steep and like many cobbled roads of yore were in a terrible state.

Now here is where it gets confusing. The Edelareberg has been included in the Tour of Flanders official race history since 1956, once as a cobbled climb and 32 times on and off since 1974 as an official asphalt climb, it is also recognize to have been included on three other occasions (1970, 1971, and 1973) but not named as a climb in the official race book. Simple enough right? Well many other sources claim that the Edelareberg often cited as the Kerselareberg goes much farther back into the races history, way back to 1930 in fact, which would make it the 4th most senior climb of the race. It is also cited that it was the last climb of the race up until 1950, before the Muur van Geraardsbergen’s inclusion into the course.
Aside from the Tour of Flanders the Edelareberg was also included in early editions of Gent-Wevelgem, and Omloop Het Nieuwsblad, while today it is often included in other major races like Kuurne-Brussel-Kuurne, Dwars door Vlaanderen, Driedaagse van DePanne, and Nokere Koerse. 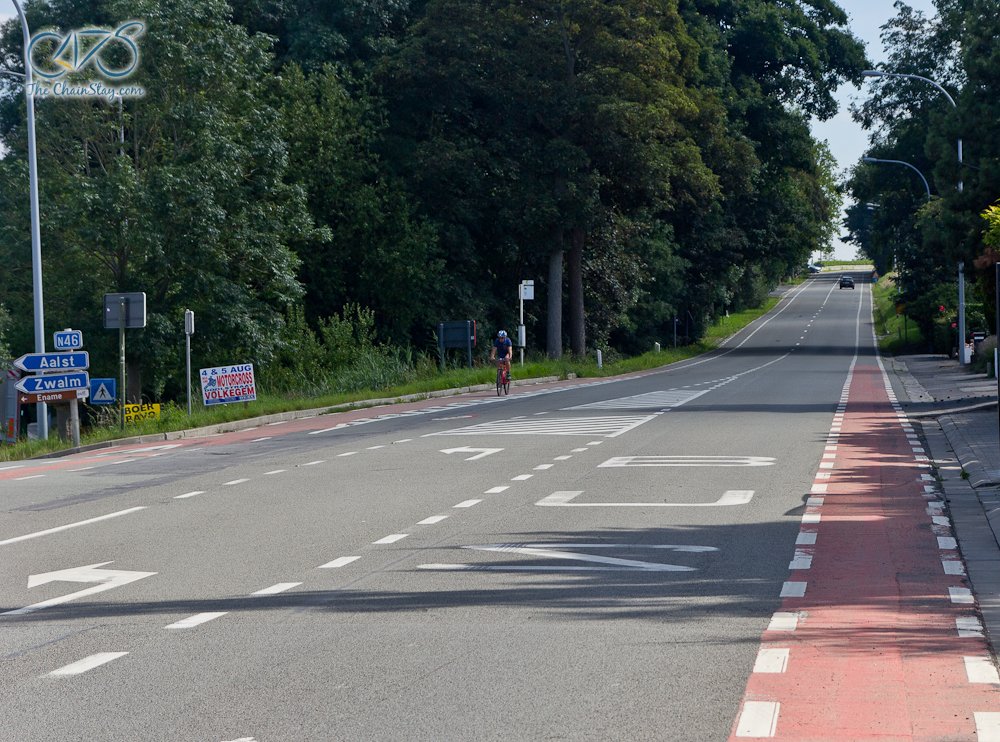 At less than 4 kilometers from us, the Edelardeberg is the closest climb to our doors (along with the Achterberg), and lies only 2 kilometers from the center of Oudenaarde. It runs from Oudenaarde along the N8, with the summit of the climb running up to the small town of Edelare (hence it’s name), but more specifically to the hamlet of Kerselare and the O.L.V Kerselare pilgrimage chapel (hence it’s former name Kerselareberg).
You can check it out here on Google Street View, or you can ride it following the signs towards Brakel as you leave Oudenaarde.

So go on check it out! There are some pretty good views of the city from the first bend, though admittedly since it is a large road it is best seen along the side you would descend the Edelareberg.
So how was your weekend? Any nice autumn rides? Or have you switched over to early season ‘cross racing already? We were treated to a very quiet house while the Optum Pro Cycling Team were up in the Netherlands racing the World Team Trial Championships, they finished a very respectable 20th over some very strong teams. So well done to them, and a Happy Monday to everyone!