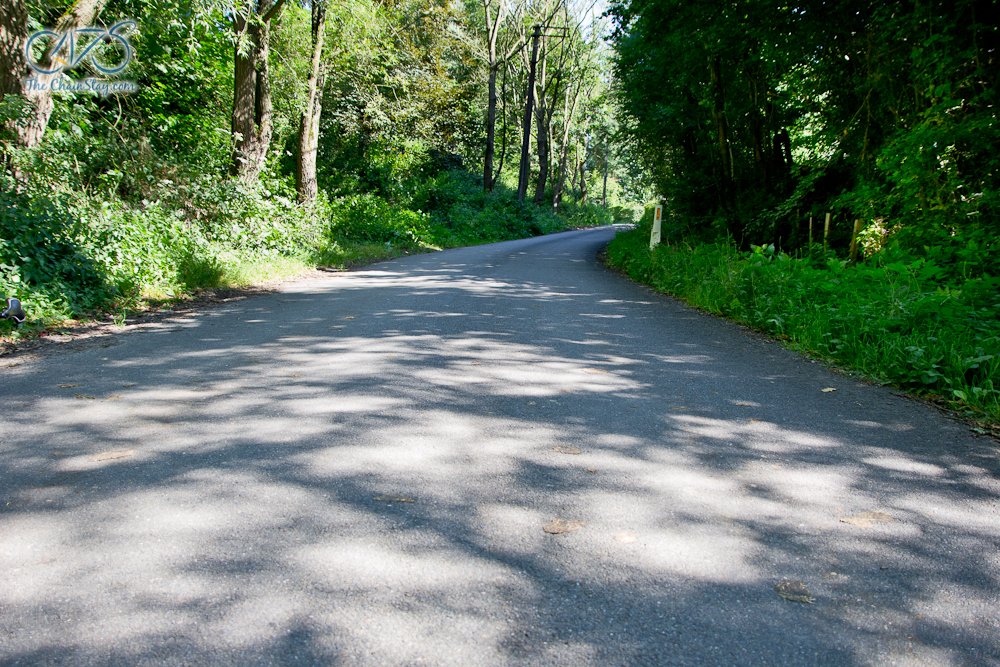 Today we’re heading south of the Flemish border, but just by a touch into the province of Hainaut within French speaking Wallonia (however still within the ‘Flemish Ardennes region’). There lies today’s climb, the Côte de Trieu; though as the climb finishes right on the border between Flanders and Wallonia the climb can also be referred to as the Flemish Knokteberg.
Whats the difference? Well the French name borrows the name ‘Trieu’ from the small hamlet at the base of the climb, while the Flemish name borrows the ‘Knokt’ from the small Flemish hamlet at the summit. But what’s in a name? that which we call a climb. By any other name would still make the legs burn. 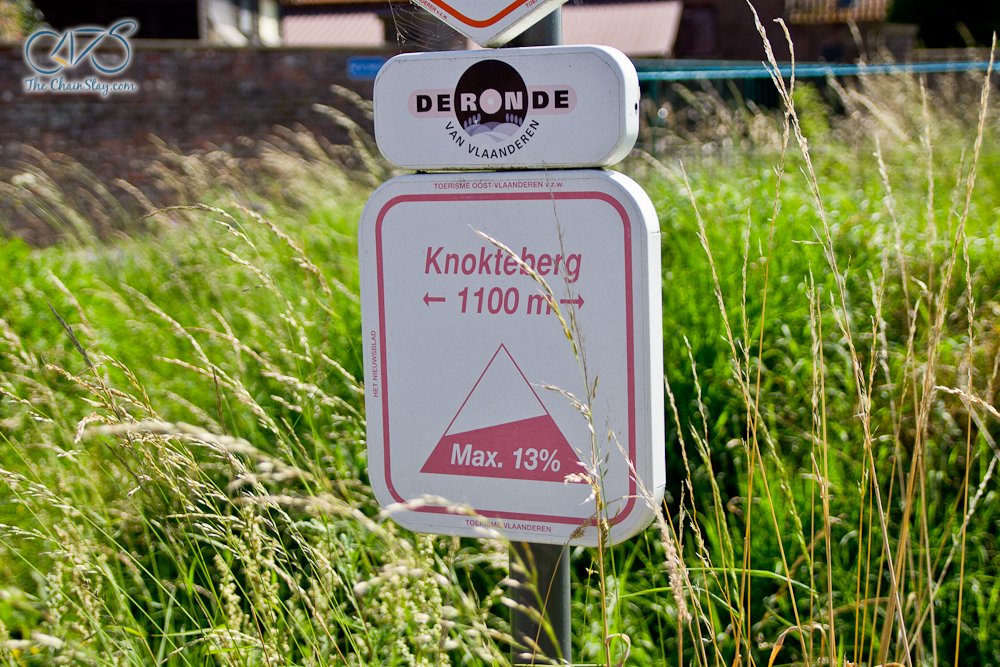 The  Côte de Trieu is a winding asphalt road that covers a distance of just over 1200 meters and rises up 92 meters high. It’s average gradient is a steady 7%, while it maxes out towards the end at 13%. 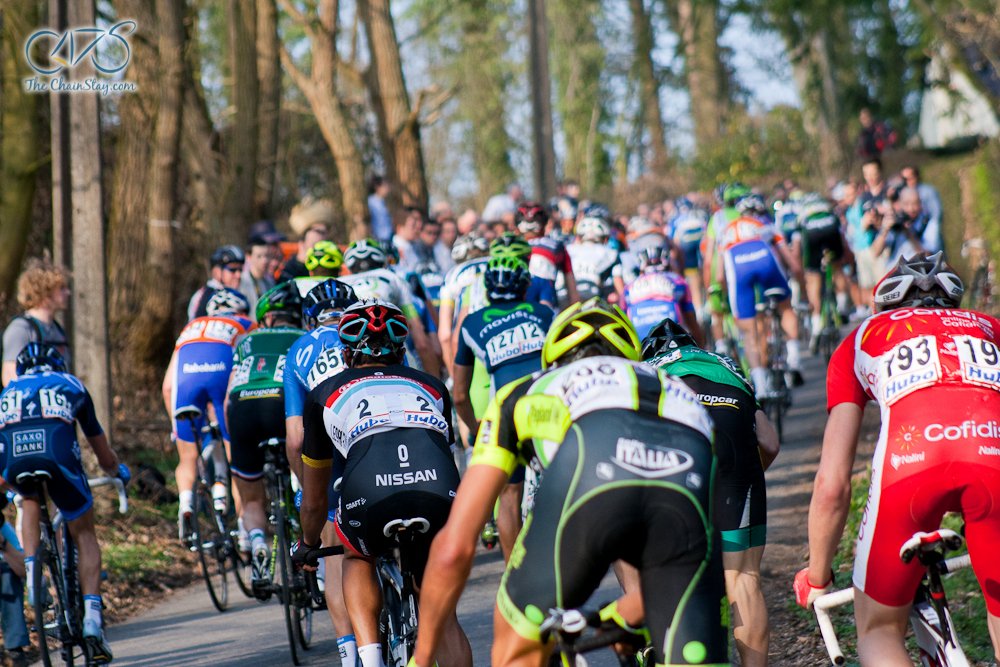 Despite this climb laying technically within Wallonia, it is definitely no stranger to the Flemish Classics races. Along with a whole slew of other races, the  Côte de Trieu makes regular appearances to races like the Omloop Het Nieuwsblad, Kuurne-Brussel-Kuurne, E3 Harelbeke, Dwars door Vlaanderen, and Halle-Ingooigem. Of course we would be remiss to forget the Ronde van Vlaanderen, as it has been included in 14 editions of the race since 1993 and as recently as 2011; though it tends to fall below the radar as it had always come as one of the early climbs of the day. 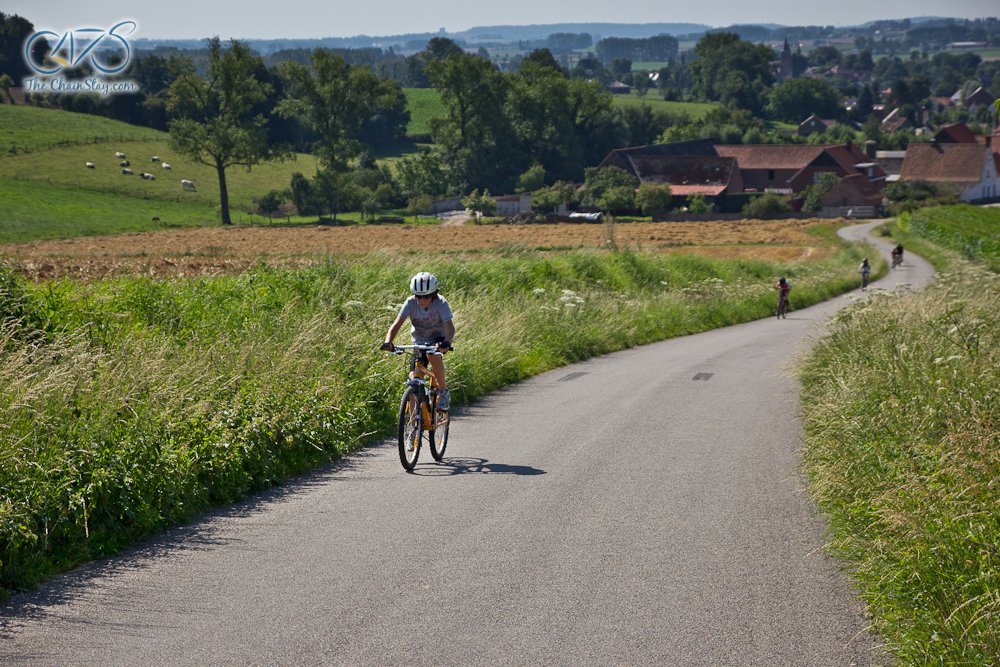 The  Côte de Trieu is located along Rue de Trieu in the town of Russeignies in the community of Kluisberg (Mont-de-l’Enclus). You can ride it via the RVV Orange Loop, and check it out before hand here on Google Street View. 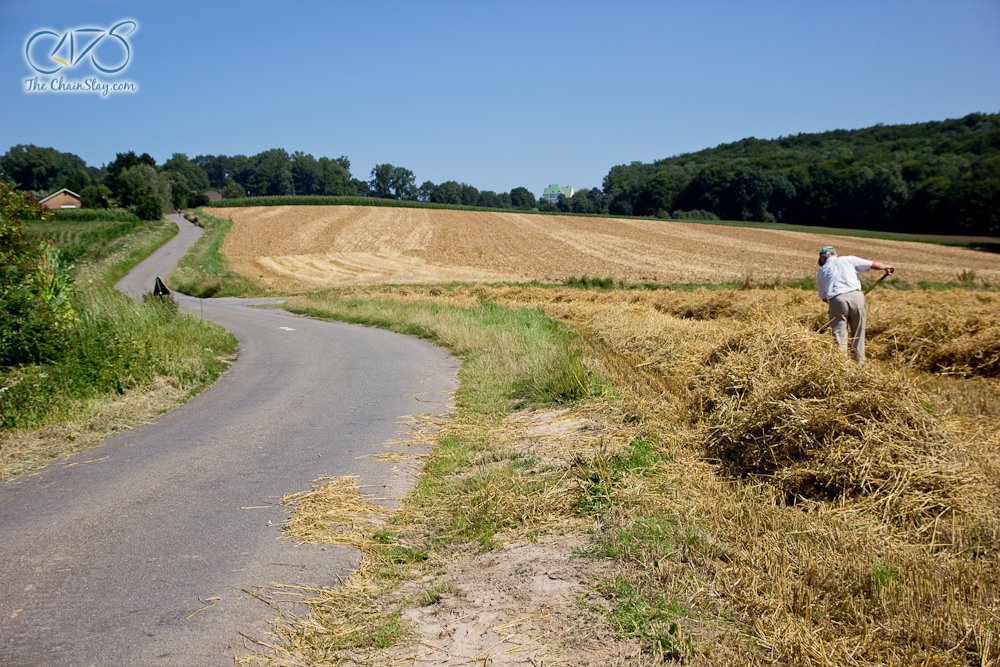 So does anyone else have a favourite route where a climb or road name changes depending on who you talk to? Or has anyone ever ridden from Flanders into Wallonia (or vise versa) and gotten lost simply because all of the town names had changed (ex. Ronse to Renaix)?
Let me tell you it has happened many times to guests who stay with us, despite the many warnings. We just have to chuckle and reassure them that they aren’t the only ones who have made that same mistake.

Happy Tuesday everybody, and for those across the Atlantic who have officially said goodbye to to summer we hope that you have a good first day back at school/work/reality!