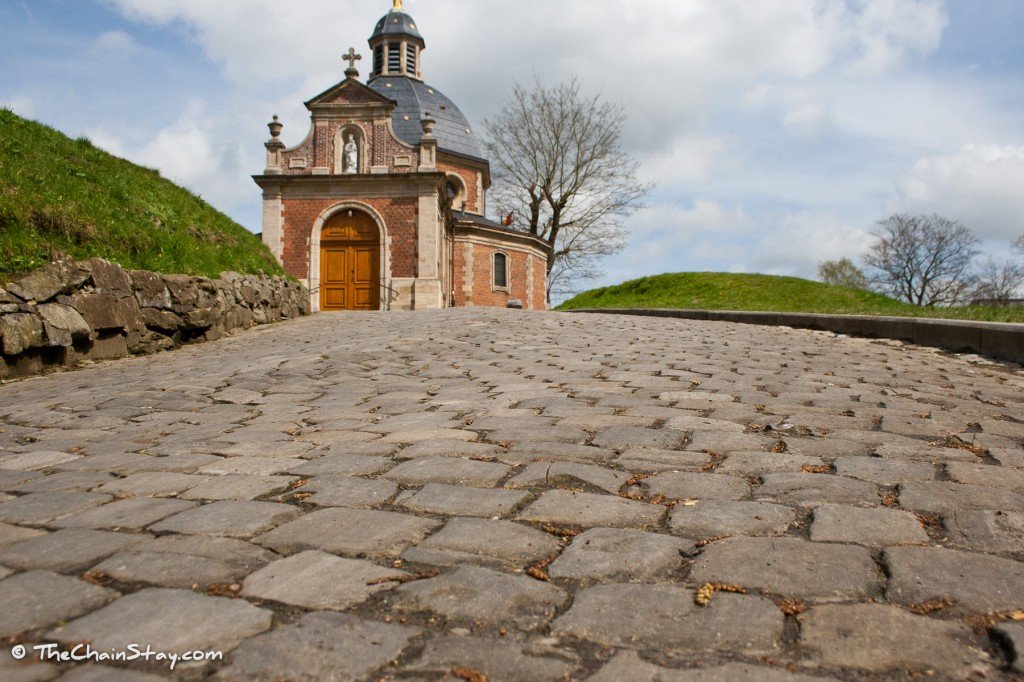 The Muur-Kapelmuur (Muur van Geraardsbergen, Mur du Grammont or Wall of Geraardsbergen) is to Flemish bike racing as The Eiffel Tower is to Paris. This climb is hands down the most iconic climb of the Flemish Ardennes, and of Belgium for that matter. I would even go as far to say that the Muur-Kapelmuur would make the top ten list of most monumental climbs of cycling amongst beasts like Alpe d’Huez, Mont Ventoux, Col du Galibier, Col du Tourmalet, Passo dello Stelvio, Passo di Giau, Alto de L’Angliru… and yes I know better than to finish this list, so don’t hate. 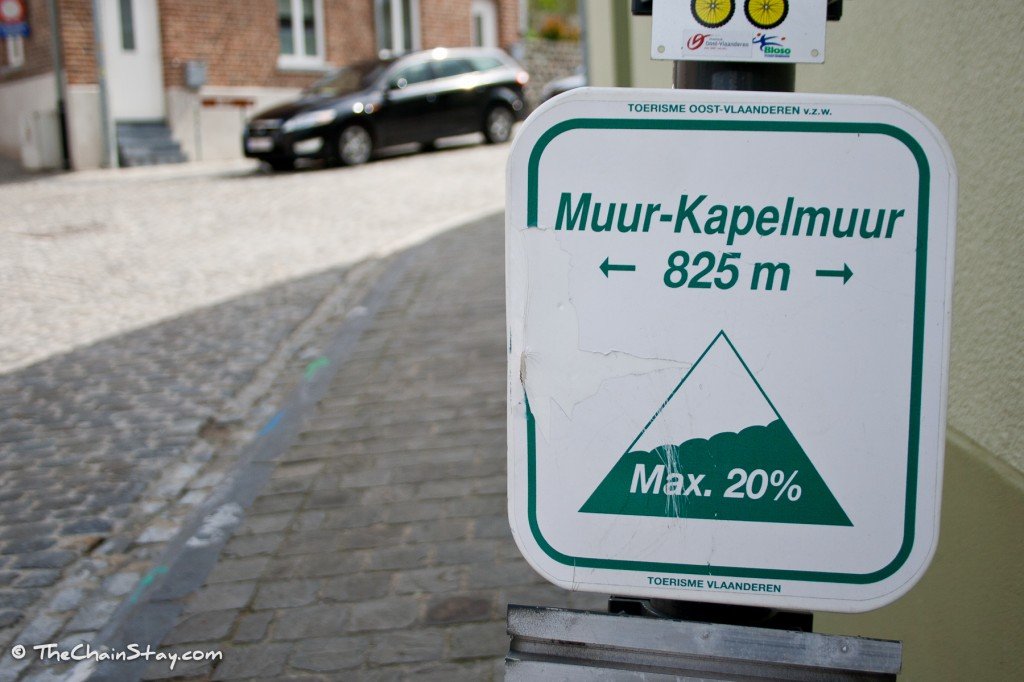 As a whole the Muur-Kapelmuur climbs 92 meters over a distance of 1075 meters (the 825 m as shown does not account for the distance of the Kapelmuur). It’s average gradient is just over 9% with a maximum gradient of 19.8%. The climb is both a mixture of true cobblestones synonymous with Flanders, and the less treacherous paving “cobbles”. 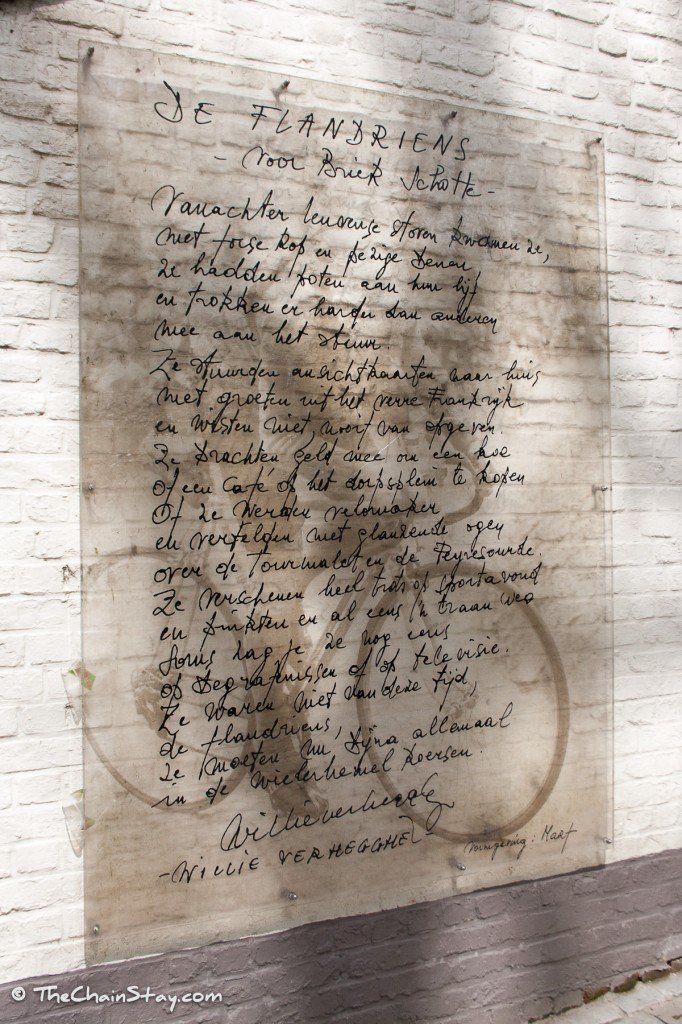 The first thing that comes to mind when the Muur is mentioned is De Ronde Van Vlaanderen. Rightly so because the Muur van Geraardsbergen has been included in the race since as early as 1950, and featured as the penultimate or ultimate climb of the race every year since 1970 until it’s exclusion from this years race. It’s also important to mention that the iconic section of the Kapelmuur (the section around the Chapel) is a more recent addition, as it made it’s debut to the race in 1981. The Muur has also been a player in races like Gent-Wevelgem, Omloop het Nieuwsblad, this years edition of E3 Harelbeke, and will also feature in several upcoming editions of the Eneco Tour.

The Muur van Geraardsbergen is naturally located in the center of the ancient city of Geraardsbergen. The rise begins along the Brugstraat just after the Dender River, and continues left through the market square and left onto Vesten where it levels out a little bit. Next you turn right on Oudebergstraat where images from watching The Tour of Flanders will begin to flash before your eyes. Due to the city’s one way streets around the center church, and no vehicle traffic being permitted around the most iconic part of the climb we can’t give you a true Google Street View of the entire climb. What we can give you is this map, though typically you turn left in the market square in front of the church, while this maps has your turn left earlier at the perimeter of the square (no big deal really). Also keep in mind that this map does end  prematurely, but you will know the way from there. Here is a little teaser of the climb via Google Street view, though it will leave you wanting more. The Muur-Kapelmuur can be ridden via the 114km RVV Green Loop. 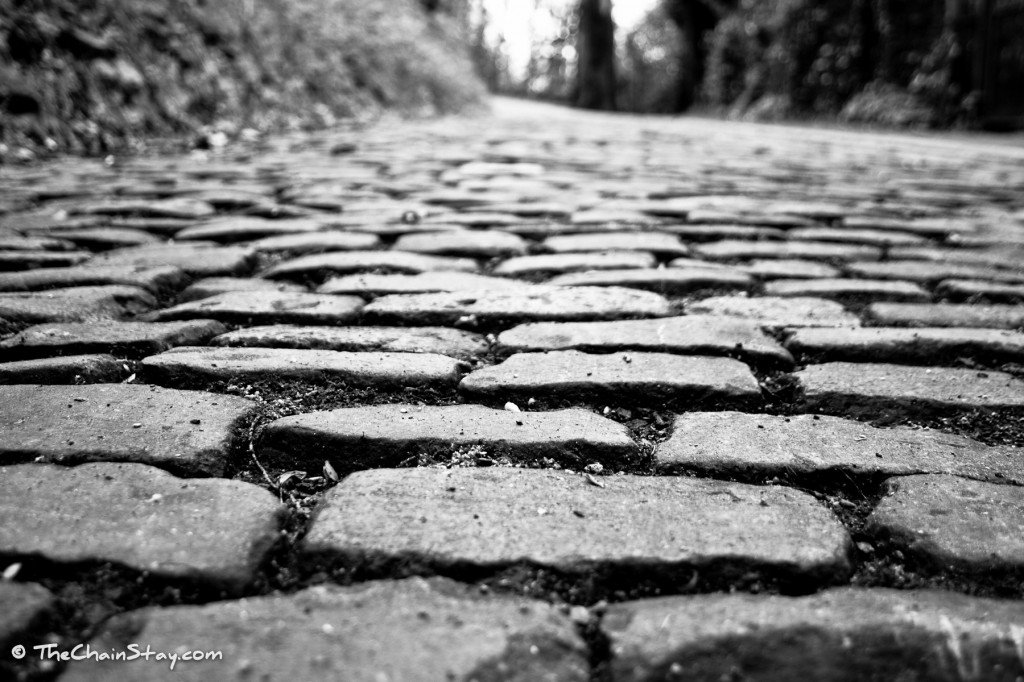 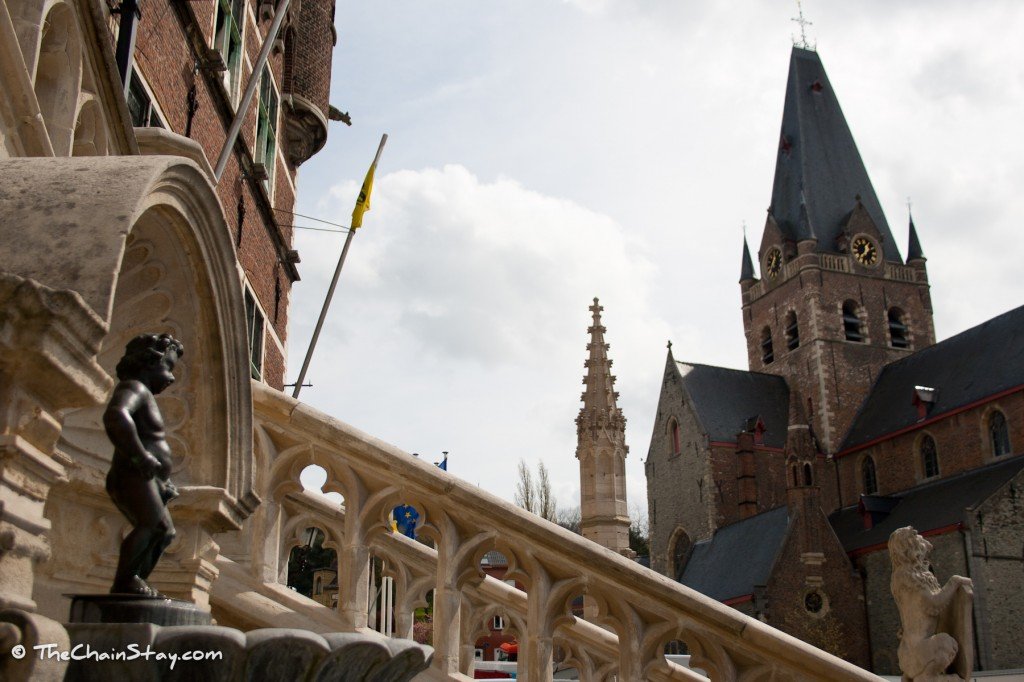 So that’s it for our feature on the Muur (for now). We won’t dwell on the fact that this Monumental Berg didn’t make the cut for the 2012 Tour of Flanders as we are certain it won’t be too long until it makes it’s return to the race. So who’s up for conquering the Wall of Geraardsbergen?
Hope you all had a great weekend… and since we are a day later than normal Happy Tuesday!