Hello everyone! This morning we were surprised to look outside our windows to find a mixture of sleet, snow, and rain. This was definitely unexpected, especially since it wasn’t in the forecast. But this is Belgium, the weather can change in an instant, so that’ll teach us not to get too comfortable with some of the spring like days of the past week and a half. Speaking of which last weekend’s Omloop Het Nieuwsblad just happened to land on the nicest day of the year in Flanders thus far. So we thought why not talk about the other climb that we caught that day to put us back into that spring like state of mind (that is until we look outside again). So as you may remember from last Monday we caught the ultimate climb of the day at the Molenberg, but before the race made it that far we were cheering on the riders on the Valkenberg. 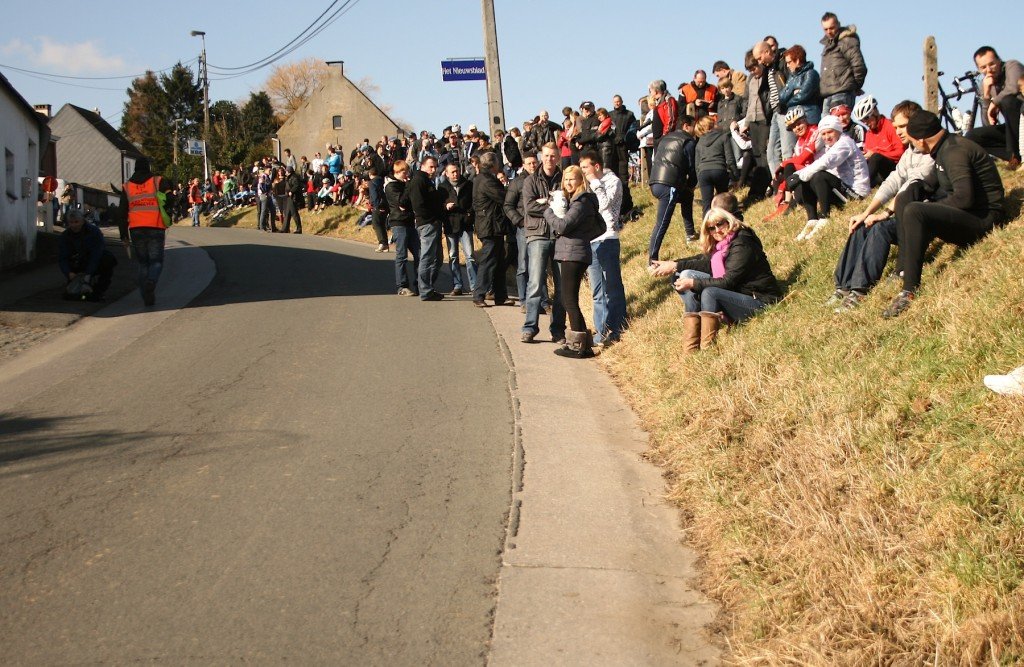 Valkenberg literally translates to Falcon mount or hill (I would hesitate to say mountain for this particular “berg“) which seems to tie into Belgiums rich past of falconry. The name fits well too, as atop the climb you can just imagine a falconer standing here with their bird overlooking the town centuries ago. The Valkenberg is a strong and fierce climb despite the fact that it is completely asphalt, it was however once a cobbled climb (i’ll get back to that in just a moment). The climb is 875 meters long with a rise of 43 meters. The climbs average gradient is approximately 8% with a maximum gradient of 15%. 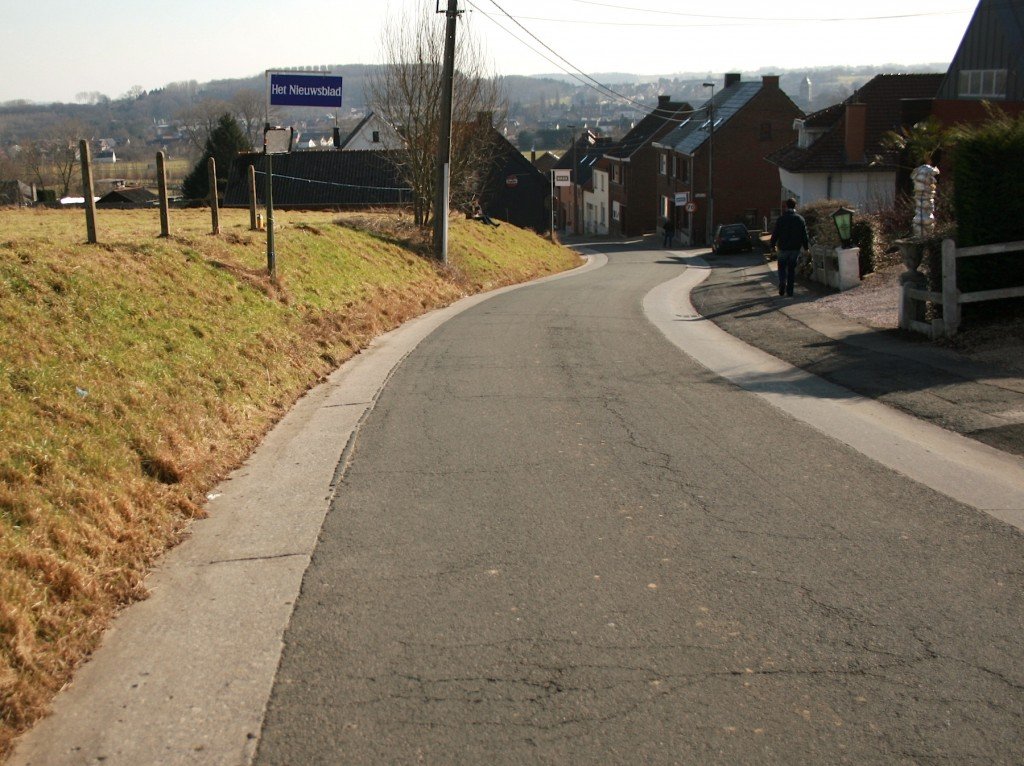 As I said before, the climb was once cobbled, not unlike many other roads in Belgium. But the interesting point about the Valkenberg is that it was first included in the Tour of Flanders course in 1959 as a cobbled climb, and was raced as such from 1959-1973. After the 1973 edition the climb was repaved with asphalt and not included again along the Tour of Flanders route until 1996; after which it has been included on and off since. The Valkenberg has also been included in other major Flemish races such as Omloop Het Nieuwsblad, Dwars door Vlaanderen, and Driedaagse van DePanne.

The Valkenberg is located on the Valkenbergstraat in the outskirts of the town of Brakel… almost smack dab in the middle of Oudenaarde (14km), Geraardsbergen (12km), Ronse (15km) and Zottegem (11km). Here it is on Google Street View. It can be ridden via the very challenging 114km RVV Green Loop. 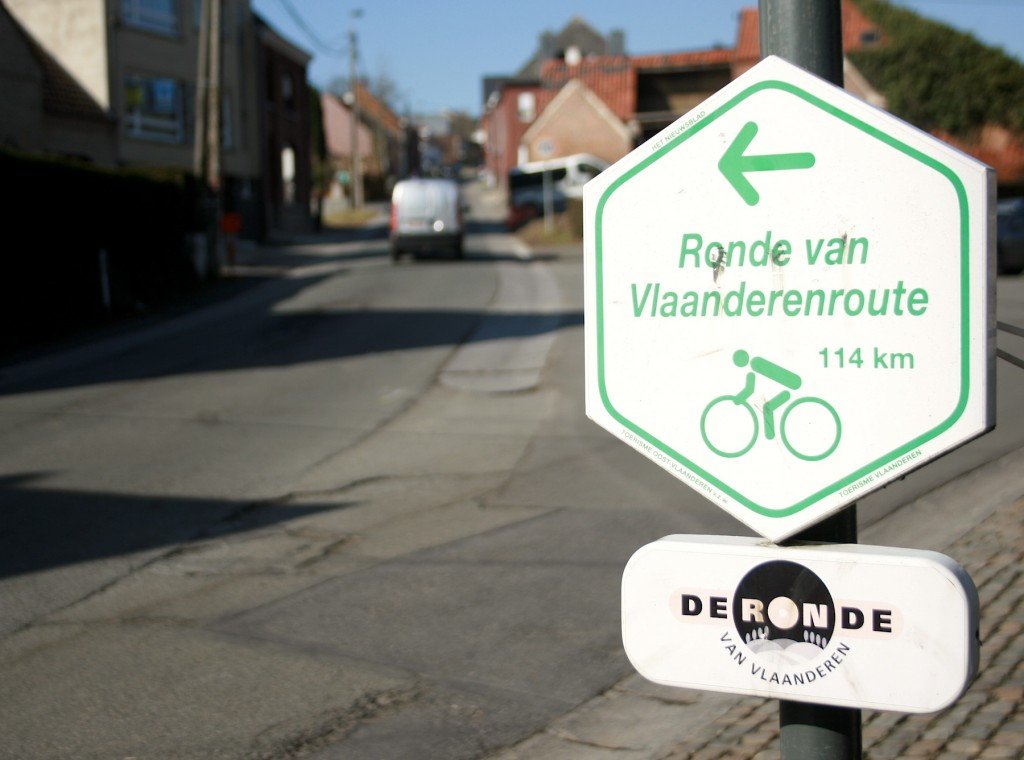 The only other thing left to say about this particular climb is that there is a bit of a drag leading up to the start of the climb and after the top as well, so it’s a bit more challenging than it may seem on paper.

Hope everyone had a fantastic weekend filled with some great riding! If you want to check out all the past Monumental Bergs you can find those here. Have a great week everyone!

Pssst: We are extending our March room sale until the end of the month (March 28th to be exact) Contact us to reserve your space.